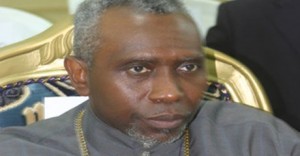 The Jama’atu Nasril Islam (JNI), the umbrella body for Muslims in the North, alleged Thursday that Christians were disguising as Muslims to burn down churches and indulge in terrorist activities.

But the spokesman of the Christian Association of Nigeria (CAN)  in  the 19 Northern states and Abuja, Mr. Sunday Oibe, in a reaction maintained that no right thinking person can insinuate that Christians will disguise as Muslims and go about  bombing churches and killing people.

The JNI in a communiqué issued at the end of its three-day retreat in Kaduna also accused the CAN President, Pastor Ayo Oritsejafor, of making unguarded statements that is heating up the polity.

The communiqué, which was signed by the Secretary General of JNI, Dr. Khalid Abubakar Aliyu, called on the CAN president to tell Christians to stop mischievously disguising as Muslims in perpetrate acts of terrorism, declaring that JNI could no longer tolerate this double face attitude.

The Islamic body also lamented that majority of the media establishment in the country were owned by Christian dominated South, alleging that they are always biased against Islam and Muslims.

Participants at the retreat, according to the communiqué, noted with dismay the current state of insecurity and panic in the country demonstrated by incessant violence and high spate of bombings, which had led to unfathomable loss of innocent lives and property.

The communiqué reads in part: “The President of the Christian Association of Nigeria (CAN), Pastor Ayo Oritsejafor, instead of contributing positively towards achieving National cohesion has rather chosen the path of insinuation and therefore heating the polity.

“Education which is supposed to be the basic locomotive of development has unfortunately been given a secondary importance by all segments of government. Concerned authorities have in many cases failed to give convincing answers to many of the grievances of Muslims in Nigeria.

“There are so many contradictions and confusion in the way the issue of Boko Haram is handled by security agents and the media. Majority of the media establishment in the country, especially the Christian dominated southern media, have always demonstrated bias against Islam and Muslims.

“Participants condemn in totality the on-going spate of bombings and killings of guiltless Nigerians irrespective of their regional, religious or ethnic inclinations. JNI calls on Nigerians to shun violence and embrace peaceful means of settling their legitimate grievances.

“JNI urges the Federal Government to call the president of CAN to order before he causes religious crisis in the country, through his unguided utterances which has started eroding the long built mutual respect between Muslims and Christians.  CAN president must stop his people to stop mischievously disguising as Muslims in perpetrating acts of terrorism.

“The meeting calls on Federal and affected state governments as well as all security agents to, as a matter of urgency, investigate the several reported cases of Christians who disguise as Muslims to burn churches. JNI can no longer tolerate this double face attitude. Thorough investigations must also be made to unveil the sponsors of those Christian terrorists.

“JNI calls on Muslims to be vigilant and always report to the authorities any case of injustice and maltreatment meted on any Muslim either by Christian extremist or bad elements among the security agents. Copies of the complaints should be sent to the state offices of JNI attached with a comprehensive report of the incidents.

“JNI reiterates its commendation to the National Assembly for their outright rejection of same sex marriage. To this end, the meeting specifically applauds some concerned legislators who have so far demonstrated concern for their people.

“JNI calls on government at all levels to pay serious attention to the development of education as no society can progress without giving education its priority. We want to remind all Christian zealots in Nigeria, that our love for peace must not be mistaken as a licence to make us second class citizens in a country where we constitute a majority.

“We condemn in strong terms all acts of terrorism perpetrated by any group in Nigeria. As we remain confused regarding whether the Boko Haram members are known by the government as clearly stated that they are in the government or there are faceless (as claimed by the NSA).

“We also call on the media to always be fair in their reporting of issues as that is the only way we can understand issues as there are and take appropriate measures to address them.

“Worried by the recurrent reported cases of abuse of fundamental human rights of Muslims of various conflict areas, JNI strongly call on all security agents to consciously do their job of protecting the lives, property and integrity of Nigerians as opposed to intimidating, harassing, and harming innocent Muslims.”

However in his reaction, the spokesman of CAN in the 19 Northern states and Abuja, Oibe, described the allegation against Christians as baseless, senseless and  calculated to divert attention from the real issue that is posing serious problem to the nation.

“They are trying to divert attention. Look at what is even happening in the whole of the West African sub-region.

“It is very irrational for any right thinking person to say that a Christian could disguise as a Muslim and go to throw bomb at churches and kill people  in places, like Madalla, Jos, Maiduguri, Adamawa, Damaturu and other places.

“If they don’t know, let them be aware that the President of CAN speaks the mind of Nigerian Christians, particularly Christians in the North and we are solidly behind him.

“The Boko Haram Islamic sect and their sponsors are those who are heating up the polity and not the President of CAN. JNI should be ashamed of this baseless accusation.

“We urge JNI to call the Boko Haram Islamic sect to order rather than trying to divert attention on the real issues. Their allegation that Christians disguise as Muslims to bomb churches is baseless and senseless,” Oibe said.

A LETTER FROM GERMANY:Finding our...