Our Plan To Wage Jihad To Free The Abducted 200 Girls 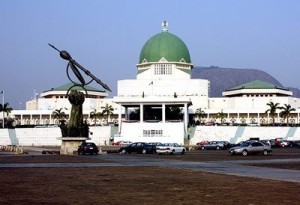 We engage in Jihad (Struggle, Strive) with Boko Haram because of the destruction of villages, Government properties, the kidnappings of our brothers and sisters and the killing of innocent people in Nigeria. It is written in Holy Quran 22:39:40,  Allah(s) Declares in the Quran: Permission [to fight] has been given to those who are being fought, because they were wronged. And indeed, Allah is competent to give them victory. 40. [They are] those who have been evicted from their homes without right – only because they say, “Our Lord is Allah .” And were it not that Allah checks the people, some by means of others, there would have been demolished monasteries, churches, synagogues, and mosques in which the name of Allah is much mentioned. And Allah will surely support those who support Him. Indeed, Allah is Powerful and Exalted in Might.

We the Muslims Against Terror organization with ENDS organization by Dr. Peregrino Brimah call for “National Jihad”, to free the abducted 200 girls. It is the National Struggle or Strive for all youths in Nigeria and abroad who are willing to fight for a righteous cause, to volunteer and register with Borno JTF and align with the civilian JTF to assemble at Borno and set to search the Sambisa forest for all terrorists and rescue our kidnapped daughters.
We need the maximum cooperation from the Kanuri indigenes and other ethnic groups and locals to work with the security service, Army, civilian JTF in order to locate all the camps of Boko Haram in Sambisa forest.
We also need the help of our neighboring countries (The Multinational Joint Task Force) for collaboration between the Government of Nigeria, Chad, Niger Republic, Cameroon to assist us checkmate the movement of people and to fight the Insurgents operating along their common borders.
Our advice to Nigeria nation is: The Nigeria nation should please know that, these Boko Haram are not fighting because of any religion. They just wage war against Nigeria, Christians, Muslims and its democracy and that is why we all, Christian, Muslims, youths should come together to assist the security service, Army, JTF to fight and end the Insurgents in Nigeria.
Salam (Peace)
Sir Doctor Amadi (JNR)
Muslims Against Terror
Share With:
Previous Article