As in our tradition, our selection criteria borders on people who have contributed and are still contributing to the development of the African community through the discharge of their duties or activities.  They must also in addition be creators of wealth or ideas which benefits the community and the host nation as a whole. However politicians, sports-persons and celebrities are typically excluded from our list of 100 most influential Africans in Germany unless they are also creators of wealth or ideas in addition to their celebrity status.

Our selection is a combination of the editorial team research and African  Heritage readers, subscribers, African analysts, students and the general public especially in Germany for their choice of this most exclusive list of Heritage 100 most influential Africans in Germany

I personally wish to thank many of our readers who nominated me,  the Editor-in-chief of African Heritage Magazine for this prestigious list, I am humbled and honored, however for ethical reasons the editorial team must decline this nomination. We are however deeply appreciative of the kind gesture. 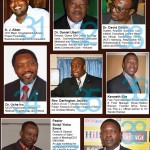 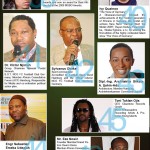 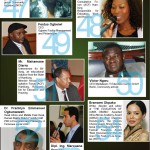 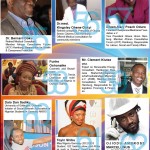 THE SAD STORY OF POLICE COLLEGE, I...