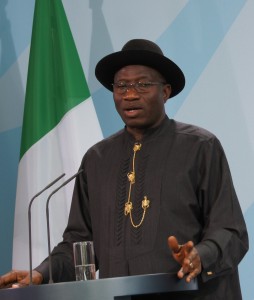 Secretary to the Government of the Federation

For onward transmission to the President, Commander in Chief of the Federal Republic of Nigeria, Goodluck Ebele Jonathan

Following our call on April 23rd, 2014, we have been inundated by responses from thousands of Nigerians, who have been saying one thing and only one thing: we will go and fight these people. Nigeria’s men, women, old and young from across the six geopolitical zones, across the entire nation have emailed and called us and requested only one thing: a mandate to mobilize and defend the territorial integrity of the Federal Republic of Nigeria from the northeast headquartered insurgency.

Never before have Nigerians been so united on any singular issue than they are on this nagging, death breathing crisis. From the Adamawa plateau’s to the Savannah belt, to the creeks of Bayelsa among Nigerians of all opinions, religious persuasions, educational and social classes; military, professionals and students, home and abroad; there has been an avalanche, a massive outpouring of patriotic fervor to deliver the nation from a savage, demoralizing and disheartening, seemingly inscrutable situation.

Many are saying the same thing: Never again are we going to run away from our responsibility to our fellow countrymen and to our nation. These people, young, old, men, women; all cadres of Nigerians have requested that you involve them, that you engage them and that you mandate them to engage the enemy. This fight can no longer be limited to members of the Nigerian armed forces and the security service. This fight is no longer restricted to northeast Nigeria or to Adamawa, Borno and Yobe states. This fight, this movement to eradicate from among us, the menace of wanton terror and banditry is for all and to be engaged by all. This fight is now a Nigerian fight. 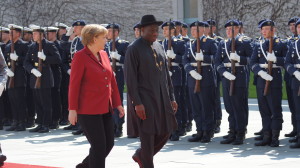 Young men and women in Borno state, under the Civilian-JTF have shown the way. The rest of Nigeria’s good men and women are now prepared to follow. Nigerians of all persuasions all over the country are requesting the President, that you give official approval immediately to this initiative of the people against terror. This commitment will require funding; it will require training, it will require collaboration and cooperation with the security services. We hereby request that you give approval and direct the corresponding arms of government to act necessarily.

The battle against Boko Haram terrorism has waged unabated since 2011. As the months and years have gone by, Boko Haram has increased in tenacity, reach and ruthlessness. Chronic decimations of towns in Nigeria’s middle belt by “unknown gunmen” have been found to actually be Boko Haram’s wider terror campaign across Nigeria. Uncontained, this terror threat has destroyed life and hope most especially across the north. The Nyanya bombing, the 5th worst such explosives event in the world’s history since 1970, demonstrates the increasing threat Boko Haram presents not just to Nigeria but to its neighbors and the larger world. Millions in property has been damaged, lifestyles, irreversibly changed, over 40,000 lives have been taken by estimates, thousands have been maimed and hundreds of thousands have been displaced. The death, damage and hurt cannot be quantified.

Nigeria’s army is doing a valiant job, however the army is heavily bogged down and politics and systemic corruption do not allow a full equipping of the army to combat this crises; the morale of the army is plunging. For four years, with a full army deployment, Boko Haram terrorists have remained holed up in Sambisa, Damboa, and other known jungles in Borno. The army is unable to finish them in these known, defined forests. It is appreciated that when the valiant Civilian-JTF joined the war against Boko Haram ten months ago, these brave men fighting and dying, with knives and daggers only, significantly changed the dynamics of the conflict. The role and potential of good civilians in this conflict cannot be undermined and can no longer be underexploited.

In recognition of these, and the many more factors we all are overtly cognizant of, Nigerians must and have decided to take more prolific, deliberate, strong actions to deliberately abate an unending situation of grave, unpredictable consequences. We the people have decided to fully join the war against Boko Haram, to finally and completely check this menace.

The ENDS organization has been in regular communication with the Civilian-JTF, whom we have supported with equipment and advice and we have understood and appreciated their ability and determination to seek-out and crush Boko Haram once and for all; and we have been sensitized to their logistic and equipment handicaps and limitations.

Since we made the call for Jihad (Holy war) against Boko Haram, Nigerians of all ethnicity and creeds from all parts of the country and abroad have volunteered to take part in this divine crusade against the unbecoming menace. Ex-military men have dedicated to serve in this mission. Our school graduates, both employed and not, have decided to fulfill their pledge to the nation and to God. Donations have started pouring in towards the mission to rescue our Chibok 200 girls and to seek out and eliminate Boko Haram in all their hideouts.

Two of many messages we have received as posted below, go to show the inviolable determination of the people to tackle this seeming helpless, chronically protracted crises:

I am ready to serve as a volunteer… am a Christian from Nassarawa state living in Abuja. Enough is enough, the truth must come out. I would serve as a media correspondent in the rescue to show Nigeria’s what has never been seen before.  If we die we die… my number is 0803*******…

Another blessed volunteer, Garba wrote us:

I hereby request to join your campaign against insurgents with a view to securing the freedom of all those held against their will. I retired from the Nigerian air force in year 2000 in the rank of wing commander. 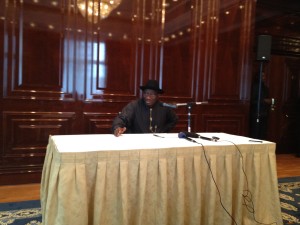 Based on the responses, our faith in the millions of good people of Nigeria and the support coming from local and international organizations and individuals, we are confident of our ability to raise an army of 50,000 volunteers. We are also at this time, not imposing a request for any financial assistance from the Nigerian government. We the people and friends of Nigeria are capable and ready to arm this civilian force and sponsor all logistics of the operation.

The time for blame and suspicion is over. The die has been cast; our civilians, the youngest, most innocent and vulnerable are dying and being abducted into a horrific life of rape. We are ready to join and fully equip the Civilian-JTF to the capacity to achieve success.

This is a path that providence has bestowed upon us and we shall not shirk our responsibility. We will kill and arrest the miscreant terrorists and properly investigate their sponsorship.

Our plan of engagement which will be in league with the Nigerian military will include battle training with the federal army responsibly engaged. The civilian force will be documented biometrically and all weapons and equipment will be registered for use during the duration of the force majeure.

We will kit ourselves appropriately for this battle. We are confident of our ability to purchase equipment that will ensure a swift victory over these few riffraffs in our forests and border regions and mingling I our towns.

We plan to seal their access to the borders and trap the terrorists within Nigerian territory, to eliminate them without permitting them escape. We will drive our cars to Borno to use in the mission. We will starve them in their hideouts.

The civilian war against Boko Haram will be conducted under the safest guidelines of combat. We will be acquiring surveillance drones and Quadrocopters which will avail us live recordings and images of Boko Haram hideouts and their formations and movement. We will employ traps and baits and traffic spikes to limit Boko Haram movement around perimeters of engagement and upon their retreat. Our army units will be equipped with adequate communication devices.

We tender this plan and proposition to the relevant authorities and the Nigerian people for quick approval. Time is of the essence. On our right of approval for this request, it is recognized that politicians arm thugs to wage battles for them. Boko Haram and MEND are two known results of the placing of arms in the hands of Nigeria’s bad people. The Odua People’s Congress, OPC are also known to openly bear arms. Tompolo, an ex-militant who was actively and destructively engaged against the Nigerian nation, is today sponsored heavily with millions of dollars by the Nigerian government to equip an army to “guard Nigeria’s oil installations.” Today, we request that Nigeria’s noble and not bad people, who have already demonstrated their worth and paid the ultimate price, are officially authorized to bear arms in a limited-duration mission to crush Boko Haram terror, which is the most significant threat and nuisance to Nigeria.

Myself inclusive, we are preparing to proceed to Borno to the frontlines to coordinate and engage Boko Haram in battle and end this terror once and for all. We will win the war against terror. We will battle and solve Nigeria’s worst problems one by one. Nigerians are tired of being a disgrace to the world, topping lists in worst terror events, abductions, kidnapping and other dangerous crises. Too many innocent Nigerians have been killed. We fondly remember Ms Rahmat Abdullahi, bombed in the UN building bombing of 2011. Late Colonel Kabir Salisu; the wife and uncle of Musa, a lecturer in Maiduguri and a host of great citizens we have lost to Boko Haram extremists are immortalized in our memories and their deaths shall be avenged. Our abducted girls, who have already undergone irreparable damage with these terrorists, were the last straw for some of us. We will teach Boko Haram a lesson; its last lesson. We will fight and die to eradicate this menace, swiftly, efficiently and in totality. Borno, prior known to be one of the most peaceful and hospitable places on the earth, will be restored its life.

We believe in our inalienable right to bear arms and defend ourselves and our families and friends in the state of national emergency. We look forward to and urge the government’s wise cooperation and speedy approval of our request for authorization.

We are united by a common humanity and a common bond as a people and a nation to fight and eliminate all undesirable elements that have within the last four years, wrecked havoc on us.

While awaiting authorization, the clamor increases, the people are ready and the nation waits for dynamic leadership.

May the Almighty grant us victory!

Boko Haram cannot and must not be...