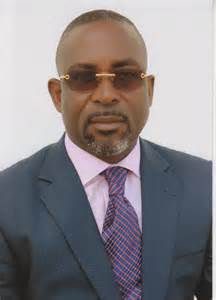 It is no more news that Nigeria is an investment haven in Africa, where the market is found, but Akwa Ibom is the target destination for investors due to an existing peaceful and enabling friendly investment environment. The secret was revealed recently by Hon. Commissioner of Investment, Commerce & industry Hon. Emmanuel Enoidem in Germany.

The revelation emerged last week during the industrial Tour of Germany by Hon. Commissioner of Investment and Industry Hon. Emmanuel Enoidem, who represented the state Governor at the 18th Euro Investment Conference in Frankfurt. He was accompanied by Mr. Andrew Jason, a member of foreign direct Investment (FDI) team.

In the view of Mr. Saturday Jackson, an Akwa Ibomite and a German trained Criminologist, who facilitated the German-Nigeria Investment Exchange forum, the tour yielded tremendous results as German investors and financial experts expressed interest during the interactive session and one on one meeting.

Hon. Enoidem used the opportunities provided by his four-day trip to the 18th Frankfurt finance Conference to market Akwa Ibom state as the new investment destination in Nigeria to the inspired top German investors and potential investors to partner  Akwa Ibom State´s industrialization master plan Project. In one of his presentations to top German CEOs, Hon. Commissioner gave insight into the infrastructural development of Akwa Ibom State and success stories recorded by the state already.

In all, Hon. Enoidem had One-on-One meetings with almost 50 German Business CEOs, and investors, according to Mr Jackson, the Akwa Ibom State business envoy to Germany. Hon. Enoidem also received several expressions of interest from potential German investors and industrialist for the purposes of establishing and investing in different sectors in the state, among them, BINZER GROUP GmbH who express interest to establish  the first in Africa  TRUCKS & Tankers-Containers-Tanks-Pipe production factory in Akwa Ibom State, This will create up to 200 employment for the state.

Others are a leading International Air Transport Advisory (HK) Engineer Dirk Stein from AAA an Aviation expert billed to expand the Akwa Ibom International Airport and will build the first Air CARGO HUP in  Uyo Airport.  Hon. Commissioner Enoidem also received a boost from MAN, manufacturing company officials in Munich during his four days industrial Tour of Germany. They are disposed to supporting BINZER GROUP in their assembly plant as potential customers for Africa when the plant is fully established and commence production in Akwa Ibom State.
The Hon. Commissioner explained that on completion the master plan, the scheme will create thousands of Jobs for Akwa Ibom people.

In another development, Jackson said an arrangement has been concluded with the German Consular General to Nigeria Herr Ingo Herbert  who will pay a courtesy visit to the Governor of Akwa Ibom State in the coming weeks of next month to lead a delegation of a German institution, Central Agency for Vocational Education and Training in the skill Craft (ZWH) Dusseldorf to Akwa Ibom state to examine the possibility of up-grade a Vocational education training institute for the youths according to German standard. Expected on the delegation are Engr. Peter Frendt- Greentech GmbH, a German funding expert for Hotel management, as well as Mr. Wolfgang Abold, Alianz Global Investors GmbH. Also expected on the delegation are Engr. Christian Medzelda, Engr. Franz Binzer, Engr. Hermann Roder, Mr. Uwe Theimer, Mr. Harold Doll and others to visit Uyo to perform the signing of a cooperation agreement with the State Government and inspect the site of their prospective-project in the state. 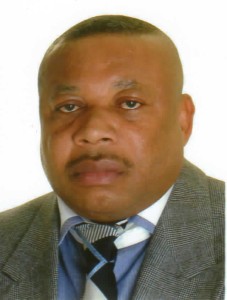 Barr. Enoidem wrapped-up his investment tour-dinner with members of Nigeria Embassy and the business community in Frankfurt

Before his departure back to Nigeria, Hon. Commissioner Barr. Enoidem thanked Mr. Jackson for his facilitating role and the Nigerian Embassy officials-Frankfurt for their warm reception and support during his investment Tour to Germany.

Hello Africa! Great Success of the...