As third wave looms, EU leaders to debate ways to step up vaccination 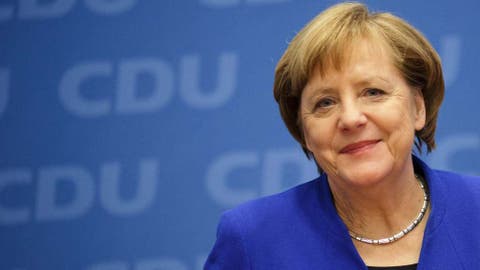 As third wave looms, EU leaders to debate ways to step up vaccination

EU leaders are to search for pandemic strategy solutions on Thursday under immense pressure due to Covid-19 vaccine shortages and a fresh spike in cases.

Our top priority is to speed up vaccination campaigns,” European Council President Charles Michel wrote to the 27 heads of government ahead of the video summit.

The summit was moved exclusively online as cases climbed in member states.

The bloc’s inoculation drive is advancing much slower than in Britain or the United States. Meanwhile, France, Germany, the Netherlands and Belgium are among those trying to stop a potential third wave in its tracks by re-tightening or prolonging containment measures.

The European Commission beefed up the bloc’s vaccine export register system on Wednesday, expanding the criteria according to which outward shipments of Covid-19 jabs made in the EU can be halted.

The bloc’s executive body argues this is necessary to re-balance the number of doses it exports compared to other countries.

EU countries had exported 77 million doses between beginning of December and March 25, according to figures published by the commission on Thursday – not much lower than the number of doses it had received, namely 88 million.

Partially to blame for the low number of doses the EU had received is AstraZeneca: while it had promised 120 million doses in the first three months of the year, it delivered only about 30 million, according to the commission. For the second quarter of the year, the company will likely also underdeliver, having decreased its commitments from 180 million doses to 70 million doses.

So far, only 4.1 per cent of the EU total population had received their second jab

The tightening of export rules triggered warnings from London, a major recipient of EU-produced jabs. Member states like Belgium and Ireland have voiced concern about the potential backlash to blockades.

British Health Secretary Matt Hancock told the Financial Times on Thursday that the bloc should not suspend vaccine exports, as Britain had an “exclusive” contract with AstraZeneca, while the European Union’s is based on a “best efforts” basis.

Speaking ahead of the summit, German Chancellor Angela Merkel said the bloc should focus on the production of vaccine doses on its soil to ensure sufficient supplies to EU countries and in order to accelerate the rollout.

Having the tool on the table as a way to help the EU get its share of jabs is one thing, but actually using it is another, said several EU diplomatic sources ahead of the summit.

And whether to actually use the stricter export restrictions is not the only point of contention.

Austrian Chancellor Sebastian Kurz, who has been pushing for a redistribution of vaccine doses within the EU along with several other states, claiming that the distribution had been unfair so far, renewed his call on Thursday.

“If member states have significantly fewer vaccines available than others, that’s a big issue for Europe,” he said.

The bloc has been negotiating how to divvy up an extra 10 million BioNTech/Pfizer doses, with no deal struck before the summit.

But EU capitals are overwhelmingly standing by the system of pro-rata distribution that also gave member states free hands to choose which shots to order from the bloc’s shared shared portfolio.

Vienna didn’t initially make use of its full allocation of doses. Other EU countries then bought those doses up instead.

And despite Kurz’s suggestions that Austria has been disadvantaged, the country is well above the EU average rate for doses administered to the population.

EU leaders are also to discuss so-called vaccine passports or green certificates that should facilitate safe travel within the bloc this summer. Many open questions remain, such as when to introduce them, how to obtain one and what privileges they should confer.

US President Joe Biden is also expected to address the leaders virtually.

﻿Mounting Death Toll in the Cent...