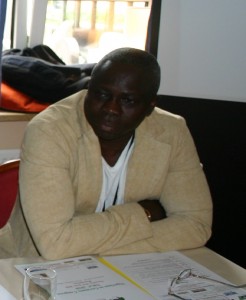 The self-defence law has its genesis in the Roman legal Maxim “Vim vi repellere licet ab” that is, the use of force may also be answered by the use of force (Gewalt darf mit Gewalt erwidert werden)

This write-up deals with the legal concept of excused (sometimes termed “justified”) acts that might otherwise be illegal.

The right of self-defence (also called alter ego defence, defence of others, defence of a third person) is the right for civilians acting on their own behalf to engage in violence for the sake of defending one’s own life or the lives of others, including the use of deadly force.

Historical antecedents and theories appear here to be inevitable for the understanding of the right of self-defence and property. Theoretically speaking, there are no distinctions made between the defence of a person and the defence of a property. This was based upon the Roman law principle of dominion whereby any attack on the members of the family or the property it owned was a personal attack on the “pater familias” – the main head of the household, sole owner of all property belonging to the household, and endowed by law with dominion over all his descendants through the male lineage.

Thomas Hobbes in his Leviathan (1651) advanced the concept of political theory that distinguishes between a state of nature where there is no law and authority. He asserted that although some may be stronger or more intelligent than others in their natural state, none are so strong as to be beyond a fear of violent death, which justifies self-defence as the highest necessity.

Before the emergence of modern states and national policy, an attack on the family home was effectively either an assault on the people actually inside or an indirect assault on their welfare by depriving them of shelter and or the means of production. However, the connection between a personal attack and property declined as societies developed. But the threat of violence remains a pervading factor. In his Politic as Beruf, (1918) Politics as a Vacation, Max Weber defined a state „as an authority having the monopoly of the legitimate means of organised violence within defined territorial boundaries. Convinced that the modern framework of nations has emerged from the use of force, Weber believed that the exercise of power through the institutions of government remained indispensable for effective government at any level which necessarily implies that self-help is limited if not excluded.

In modern times, the concept of self-defence is one of moral authority within the nation to set the limit to obedience to the states and its laws given the pervasive dangers in a world full of weapons. In the so-called democratic societies, states are increasingly delegating or privatizing their coercive powers to corporate providers of security services either to supplement or replace components within the power hierarchy. The fact that states no longer claim a monopoly to police within their borders, enhances the argument that individuals may exercise a right or privilege to use violence in their own defense. Indeed, modern libertarianism characterizes the majority of laws as intrusive to personal autonomy and in particular, argues that the right of self-defense from coercion (including violence) is a fundamental human right, and in all cases, with no exceptions, justifies all uses of violence stemming from this right, regardless whether in defense of the person or property. In this context, note that Article 12 Universal Declaration of Human Rights states:

“No one shall be subjected to arbitrary interference with his privacy, family, home or correspondence, nor to attacks upon his honour and reputation. Everyone has the right to the protection of the law against such interference or attacks”.

The inclusion of defence of ones family and home therefore, recognizes the universal benefit that originate from the family’s possession of private property. It follows therefore, that in this moral balancing exercise, laws must simultaneously criminalize aggression resulting in loss or injury, but decriminalize qualitatively identical violence causing loss or injury because it is used in self-defense.

Fletcher and Robert Schopp in ther liberal theories, did justify the authorised person using all necessary force to defend his or her autonomy and rights. This right inverts the felicitation principle of utilitarianism with the responsive violence being the greatest good to the individual, but accurately mirrors Jeremy Bentham who saw property as the driving force to enable individuals to enhance their utilities through stable investment and trade. In liberal theory, therefore, to maximise the utility, there is no need to retreat nor use only proportionate force. The attacker is said to sacrifice legal protection when initiating the attack. In this respect, the criminal law is not the tool of a welfare state which offers a safety net for all when they are injured. Nevertheless, some limits must be recognized as where a minor initial attack simply becomes a pretext for an excessively violent response. The civil law systems have a theory of “abuse of right” to explain denial of justification in such extreme cases.