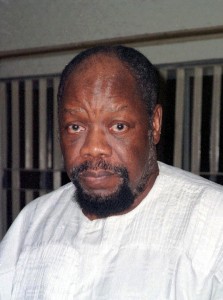 Dim Chukwuemeka Odumegwu Ojukwu died on 26th November 2011 in a London hospital after recovering from a devastating stroke. He was the former leader of the secessionist Biafra Republic. He joined Nigerian politics after returning from exile and became the leader of the All Progressive Grand Alliance (APGA). A graduate of Lincoln College and Oxford University where he bagged a Masters degree in Modern History. He made history as the first graduate of the Nigerian Army, and made a greater history when he led the Biafra Nation for a three year old war. Ojukwu is central to the history of Nigeria and raised awareness on issues of identity and full participation in decision making for the component parts of Nigeria. He has an issue with marginalization whenever and wherever it raised its ugly head. Obiora Nweke wrote on; Dim Chukwuemeka Odumegwu Ojukwu; Exit of a colossus.

In this edition, Dr. Emmanuel Franklyn Ogbunwezeh, head of the Africa desk Human Rights Watch, Frankfurt takes a critical look at “Foundations of Misrule in Nigeria” and this edition also featured another critical look at the security problematic of the Nigerian state and the bevy of challenges facing Goodluck Jonathan especially with the plan to remove subsidy of petroleum products. In his article; “Goodluck Jonathan and the scattered Nigerian diagram”, Obiora Nweke analyzed the subsidy hoopla and the options available for the government.

The introduction of the e-passport is a welcomed development for many Nigerian who have seen their passport lose value on the international stage, however the introduction was typical of Nigeria Government taking her citizens unprepared with catastrophic information policy from the embassies across the world. The situation for most Nigerians in Germany has reached such a humiliating and frustrating peak. Staying silent against new ugly policies does nothing good to those in positions of authority who if left unchallenged, would be basking in the euphoria of a false sense of success in the exercise of duties. A special report by the editorial board squarely addressed these issues between Nigerians in Germany and the embassy of Nigeria Berlin, Germany.

On diplomatic front, Guinea’s newly accredited ambassador to Federal Republic of Germany, Ibrahima Sory Sow, presented his Letters of Credence to President Christian Wulff at the Castle Bellevue in Berlin, and Dr Neeraj Mistry, Managing Director, Global Network for Neglected Tropical Diseases in an exclusive interview stated that the organization which started in 2006, was a platform for many organisations that will advocate for NTD control and then also look at fund-raising to help support NTD programmes. Mellisa Sheridan, ANA Diplomatic Correspondent & Musah Ibrahim Musah reports from Berlin.

As part of our new features to keep you in tune with the happenings in Europe and the Diaspora in 2012, the editorial team of African Heritage Magazine is privileged to welcome on board Mrs.  Amen Enofe, a graduate of English studies from the University of Benin and a consultant cosmetologist and Dr Emmanuel Franklyn Onyemaechi Ogbunwezeh, a graduate of law from the University of Nigeria Enugu Campus, Masters in Economics and Philosophy and a Doctorate in Philosophy from the University of Frankfurt-Germany as Editor and contributing Editor respectively. Our regular columns will as usual not be disappointing. We have educating and exciting updates on Business, colourful cultural and society events for your reading delight. Happy New Year 2012.