THE MEETING OF KENYANS GROUP IN BERLIN-GERMANY 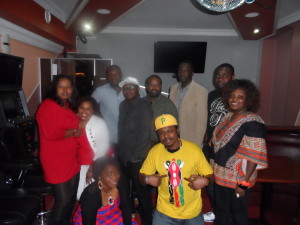 Members of the Kenyan Community met in Berlin on 01.03.2014 at Hakuna Matata Lounge.

The scheduled elections were postponed on agreement that a Constitution first be written to guide the activities of the group and ample time be given until the next meeting, with vigorous announcement of it to enable a bigger turnout and fair representation of members.

Signatures from members present were collected and Joshua Okoth (Jambo Safaris East Africa) assigned until the next meeting to find out the requirements for such registration.

Agenda for the next meeting was agreed upon which included writing of the constitution, discussion on the official registration of the group and all protocols involved, election of officials; with gender balance considerations and AOB.

They also brainstormed on the possible benefits of the group to its members. Various suggestions were raised such as consideration of support to members in events such as deportation, loss of family members, legal support and social/recreational events.

It was also agreed upon that the initiators of the group co-ordinate its activities until the election of officials. In this case Joshua Okoth (Jambo East Africa Safaris) assisted by Ms Belinda Oketch and Ms Carol Kay (Burudika). 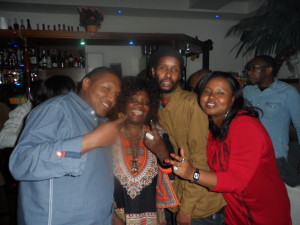 The meeting closed at about 12 midnight followed by an all night party.