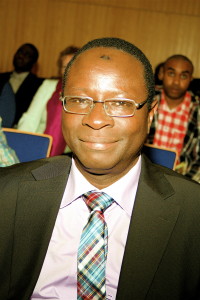 Germany made history on the 22nd September. A historic leap in the areas of political integration of Africans  into one of the highest organ of the Federal Republic of Germany, “The Bundestag”.

Who would have dreamt about that 50 years ago? But this is 2013. This historic journey started in October, 6th in 2012 when Dr. Karamba Diaby was nominated as an SPD parliamentary candidate for Bundestagswahl 2013, for the Constituency 72 (Halle, Kabelsketal, Landsberg und Petersberg)

For the “Soziales Netzwerk für Mitglieder der Sozialdemokratische Partei Deutschland (SPD) mit Afrikanischer Abstammung”, this should be a great moment of joy and excitement for them which is a further confirmation that Germany not only SPD need every skill and experiences irrespective of color, race or nationality. With this historic feat, SPD will go down in History as the first Germany political party to elect a member of parliament with African background. The wind of integration is finally here to stay.