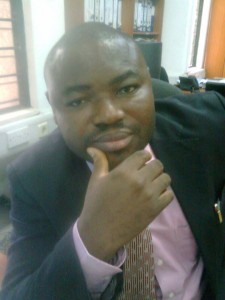 STATE OF THE NATION – Segun Adeyemi

The recent statement by Dr. Oby Ezekwesili requesting that the Umaru Yar’Adua and President Goodluck Jonathan administration give account to Nigerians on how they spend $45bn in the foreign reserves account and $22bn in the Excess Crude Account left behind by the former President Olusegun Obasanjo administration has once again bring to the fore the TRUE STORY of the Amnesty deal in the Niger Delta.

I have held this personal opinion that it was the Niger Delta Militant that granted the Yar’Adua’s Administration an Amnesty rather than what most of us are made to believe.

Prior to the Amnesty deal, consistent attacks on oil facilities by militant groups since 2005 and the increasing spate of kidnappings of oil workers, have forced oil production to fall from 2.1million barrels per day to a mere 800,000 barrels per day. This fall in oil production threatened Yar’Adua’s government 7-point Agenda especially the promise of delivering 5000 megawatts to Nigerians. The frustrations of the Yar’Adua’s Administration was further fueled by the fact that inspite of the presence of over 4, 000 Military Joint Task Force with its heavy artillery and weaponry, oil production kept nose diving. This situation left the administration is a critical conditions to the extent that it could not even afford to pay salaries of workers as at when due except it dipped its hands in the external reserves.

Hence the Yar’Adua’s Government was on its kneels and had to result to constant withdrawals from the foreign reserves account amounting to $45bn and $22bn in the Excess Crude Account left behind by the former President Olusegun Obasanjo administration. 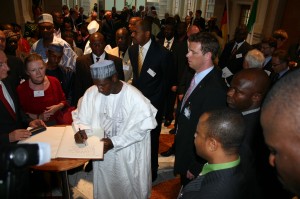 There is also the need for us to understand that throughout the Administration of Yar’Adua, President Goodluck Ebele Jonathan was a complete stranger, I mean an outsider. He was totally and perpectually kept in the dark by the cabals represented on one hand by Taminu Kurfi & Aba Ruma Sayyidi heade by Turai Yar’Adua and on the other hand by Babangana Kingibe and his cohorts.

Therefore, the Yar’Adua’s Administration was very desperate and desirous to create an enabling environment for the multinational oil companies to operate, hence the need for Amnesty Deal.

In my submission, I strongly believe it was the Yar’Adua’s Administration that desperately needed the Amnesty deal much more than the Niger Delta Militants who were obviously and totally in control of the oil source in Nigeria.