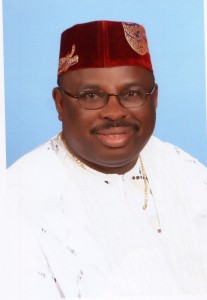 On behalf of the Nigerians in Diaspora Organization (NIDO) Germany, I wish to congratulate the newly elected Executives of the Nigerian Community Germany National body (NCG) for their successful election on the 23rd Novermber 2013 in Berlin. I also wish to congratulate all the state branches that participated as well as all the organizations that participated as observers, especially the representatives of the Embassy and the Concerned Nigerians.

Holding a smooth and successful election after 5 years of its being due is no small achievement. At this point, credit must be given to the immediate past executive for mustering the courage to do what is legitimate, proper and democratic by organizing this election at last.

As a member of the Nigerian Community Germany Hamburg Chapter, lead by my able Chapter Chairman, Mr. Jude Ogunnaya, I took part in this success story as one of the delegates from Hamburg and was eventually nominated as a returning officer to help in the conduct of the election.

As a Nigerian, being part of this landmark election was a civic responsibility that I was too glad to exercise. Secondly as the President of Nigerians In Diaspora Organization (NIDO) Germany, my active participation has proved to the apostles of NIDO/NCG – antagonistic relationship that such things only exist in their imagination. For the sake of emphasis, NIDO is a worldwide organization adopted on the 22nd November 2000 by the federal government of Nigeria, under the initiative of  President, Chief Olusegun Obasanjo, for the establishment of a very strong Organisation that comprises Nigerian academicians and professionals residing abroad. The formation of NIDO was further given credence by the formation of the House of Representative Committee on Diaspora Affairs, which is one of the standing committees of the House of Representatives set up in 2009 under the Honourable Speaker Dimeji Bankole in the 6th National Assembly.

Regional Chapters of Nigerians In Diaspora Organisation Europe are the ‘Branches’ of this great organization envisaged to be established along Nigerian Diplomatic Posts in Europe. Section (1.1) of the establishment and administration of the Regional (Country) Chapters of NIDO stipulates that “A Regional (Country) Chapter of NIDOE is established on the premise that it is not to replace existing Nigerian community, professional or ethnic organisations in the country. A Regional Chapter would provide umbrella to all willing Nigerian Diaspora individuals and their professional organisations in collaboration with the Nigerian Mission (Embassy) in the country concerned. With these facts established, it is obvious that there are no basis for comparison and/or antagonism.

While every Nigerians by birth is qualified to be a member of NCG, MEMBERSHIP of NIDO GERMANY IS NOT AUTOMATIC. NIDO members are, and will remain first and foremost practicing professionals but also outstanding Nigerians who are not academicians but are creators of ideas for the advancement of Nigerians and  national development. The draft of National policy on Diaspora affairs in section (1.2.1.0) of the Federal Republic of Nigeria explains that “The need to engage the Nigerian Diaspora was based on the recognition of the huge human capital and resources of the Diaspora as potential source for and major contributors to national development”.

As Nigeria’s permanent Ambassadors, we articulate these mandates through advisory basis in partnership with Nigerian Embassies and High Commissions on foreign policy, trade and investment through organization of trade missions and seminars. We  build capacity in areas like tourism and service delivery. And very importantly we focus on turning the brain drain from Nigeria back to brain gain to Nigeria. The professionalism of our members is targeted to be brought back home to the advantage of Nigeria’s development and doing this, our members attract their German partners in profession to the same advantage of our national development. No wonder that NIDO lays more emphasis on Nigeria despite its emphatic encouragement to NCG as just demonstrated through our role in this election and partnership with NCG on things affecting Nigerians locally in Germany.

If you are a Nigerian living in Germany and have contributions to make in areas as described above, then  you are certainly welcome to join NIDO Germany.