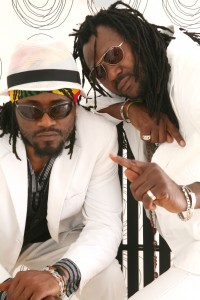 Tuklan consists of the two brothers Famous T (Toni Tuklan) and Massiv Rex. Both are house names in the European Ragga-scene.

As follow up to the successful Rasta Radio release in Africa and the Tuklan Smashhit “Rhumba Stylee” which made Top20 German Black Chart (DBC) Featuring DJ BO & Ras Kimono, Tuklan performed a project – “Love Deep Inside” with DJ Rico Bernasconi of Starshit Records (Kontor/Edel) which made the Media Control Charts top 100 23wk. and the video defending #1 in VIVA TV Club Rotation Chart for 4Weeks.

The Nigerian Born Reggae-Dancehall duo started their professional music career 1996 in Germany and since then has made remarkable impact in Live performances with support acts , collaborations in studio recordings, songwriting, productions, professional video sessions, music compositions, sample recordings & music Projects with so many top artists worldwide. 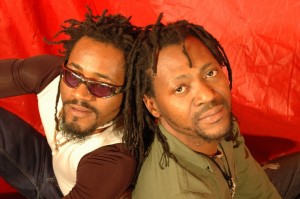 Famous T, started his romance with music at a very tender age, singing, drumming, dancing and performing at traditional festivals, school cultural groups and participating in various breakdance championships, like the John Player Disco breakdance championship. In 1995 he started his professional music career in Germany after his graduation with a national diploma in marketing and a certificate in social works administration and community development.

Massive Rex joined the band in1998, born in Nigeria, formally Band Leader of the “Royal MCEEZ” at the early age of eleven. At the age of fifteen he was a television presenter with the popular clapper board television station in Nigeria Lagos.

He also participated in many shows organised by the “Mega Jam Productions” with many awards to his credits, moving straight from the business administration department of Kwara Polytechnic to the release of their first ever recorded single titled “My Sweety” (Fairtone Records Germany.

They are currently spreading the vibe in Europe in partnership with Cleantone Records, Dollars & Dreams/Starshit Records with the brand new Single “ONE TIME” Tuklan vs. Beenie Man with the hook vocals sang by Firetime.  The Tuklan have performed in almost all the African Queen (Miss Africa-Germany) editions in Germany trilling their audience with their style of music.