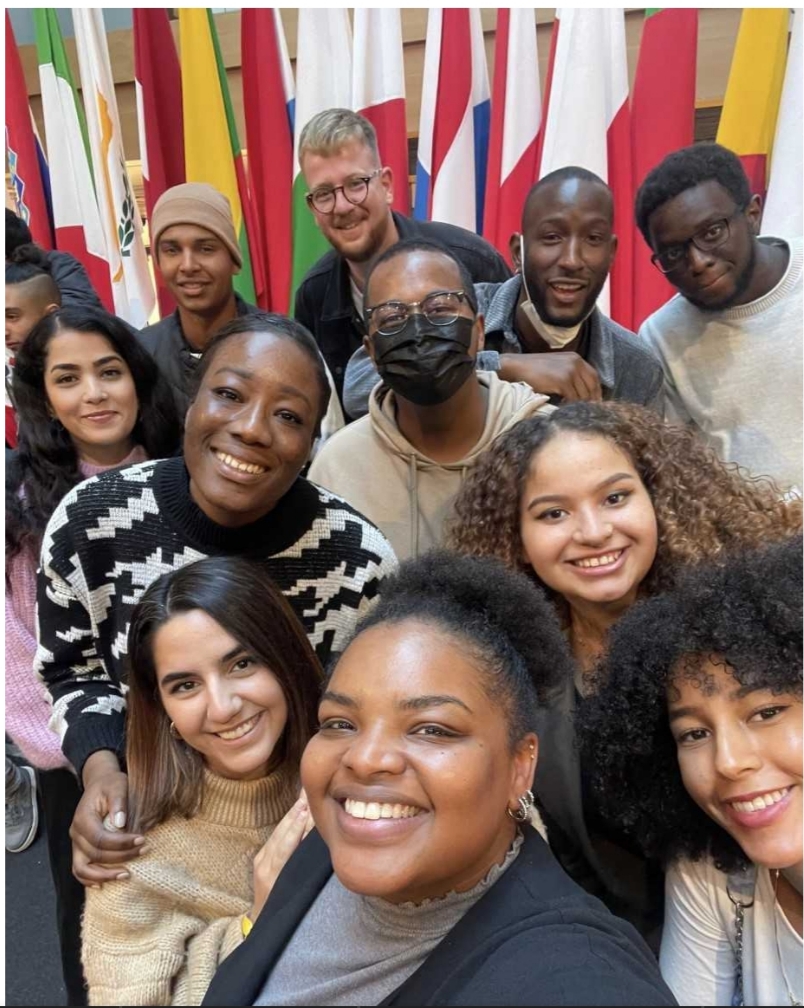 Last week, the European Youth Event 2021 took place. At the highlight of the event last Friday, a group of twelve activists of the Black Lives Matter movement from Nuremberg travelled to Strasbourg at the invitation of MEP Dr. Herzberger-Fofana.

At the invitation of MEP Dr. Herzberger-Fofana, who is part of the Green/EFA party in the European Parliament, a group of young activists from the Nuremberg-Erlangen region travelled to Strasbourg last Friday to take part in the European Youth Event. The EYE, which takes place annually and attracts more than 10.000 young people from all EU member states to Alsace, took place this year under the motto “The Future is Ours” and offers young Europeans direct contact with their political representatives, as well as the opportunity to exchange ideas about the future of the EU.

The highlight of the event was the various discussion rounds with representatives of the parliamentary committees. The activists from Nuremberg and Erlangen, together with Dr Herzberger-Fofana, took part in a discussion panel entitled “What is the Future of the EU-Africa relationship” and were able to convince the participants of their expertise and charisma. The Nuremberg activists were the only group with prolonged applause.

Dr Herzberger-Fofana calls the event a complete success:
“It is so great to be able to welcome young black people from Bavaria here, because the black diaspora must be represented politically at all levels. I don’t always want to be the first black woman in my position, but the first of many!”

The participants were also enthusiastic. Nuremberg city councillor Paul Arzten: “It was unbelievable to see the enthusiasm Ms Herzberger-Fofana arouses in young people of colour, because as the only black woman in the EU Parliament, she is an absolute role model for many young people!”

Lena Mariama Meinhold, who has initiated various activities against discrimination and for making Afro-German problems visible, finds:
“The EYE is a great event to connect young people from all over Europe. It was also a great opportunity for BPoC’s to exchange with people who share similar experiences and stories.”

At the invitation of the group Diaspora Vote, which aims to strengthen the African diaspora in Europe and lead them into parliamentary decision-making positions, the activists attended a dinner on Friday evening before finally heading home towards Nuremberg on Saturday afternoon.

Further information and dates can be found at herzberger-fofana.eu
and at http://www.facebook.de/herzbergerfofana,

Dr Pierrette Herzberger-Fofana was elected to the European Parliament on 26th May 2019 as a candidate of Bündnis 90/Die Grünen and has since been campaigning for a democratic, humane, anti-racist Europe as an MEP. She is First Vice-Chair of the Committee on Development (DEVE) and the Delegation for Relations with the Pan-African Parliament (DPAP), Co-President of the European Parliament’s Anti-Racism and Diversity Intergroup (ARDI) and a member of the delegation to the Cariforum-EU Parliamentary Committee (DCAR), where ‘Cariforum’ stands for the countries of the Caribbean region. She is also a substitute in the Committee on Foreign Affairs (AFET) and the Committee on Women’s Rights and Gender Equality (FEMM), and a substitute in the Delegation to the ACP-EU Joint Parliamentary Assembly (DACP) – ACP standing for African, Caribbean and Pacific countries. 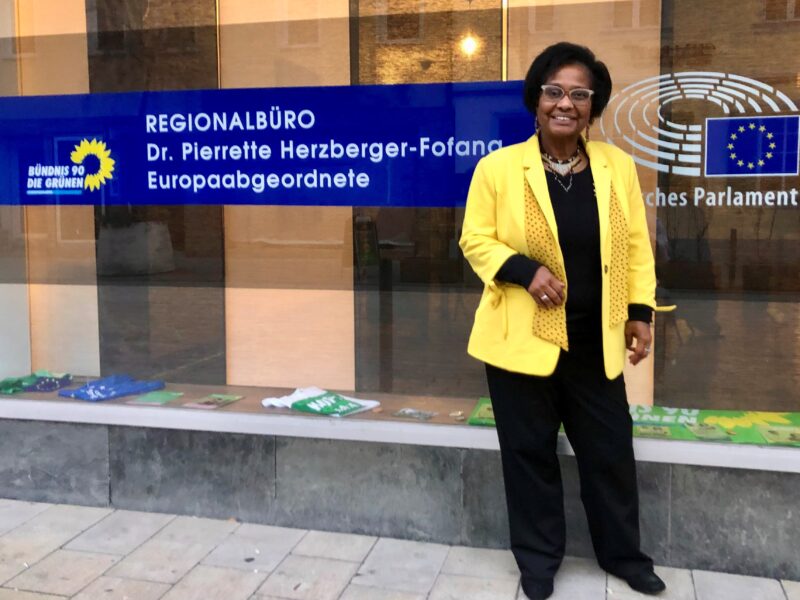 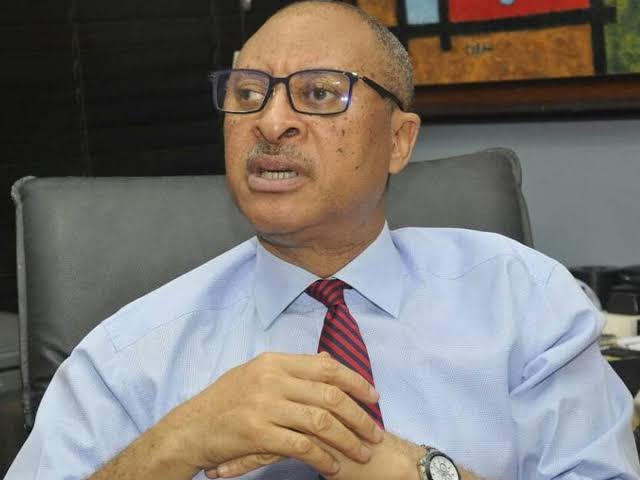 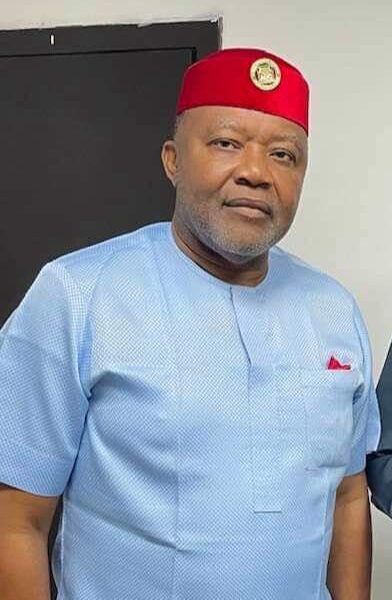 ADC-DN Statement on the Africa... 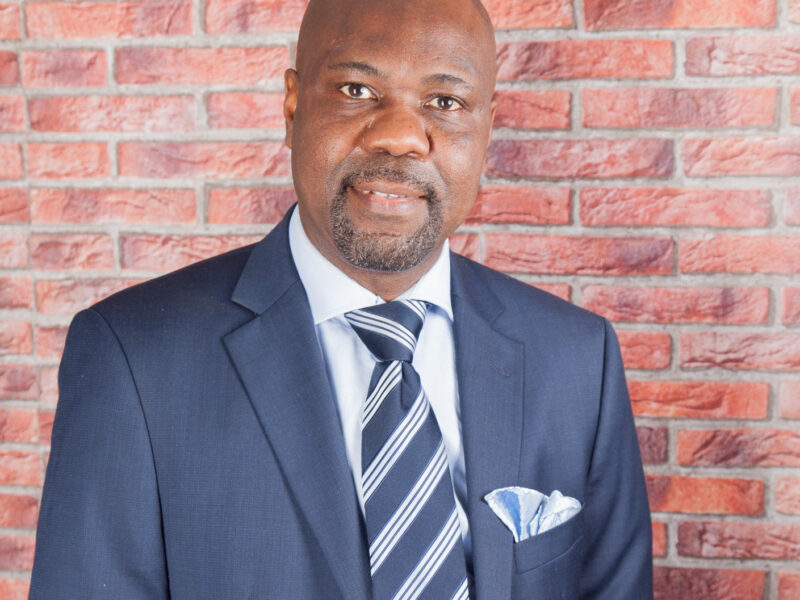