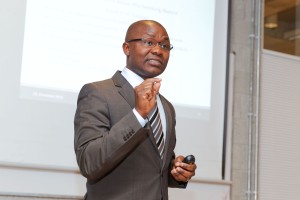 Currently Dr. Alemazung is the Project manager for the states of Baden-Württemberg and Bavaria at Engagement Global gGmbH, an institution under the federal ministry of economic cooperation and development in Germany in charge of civic and political education in German federal states. He is also an associate lecturer at the University of Applied Sciences, School of International Business in Bremen, Germany.

As a committed researcher and consultant in development, international politics and comparative governments as well as migration and globalization, Dr Alemazung is the Managing Editor of the Global Applied Sociology Journal, a Fellow and former chairman of the African Good Governance Network at DAAD, and a reviewer for the African Journal of Political Science and International Relations. He has published amongst others, on the impact of the financial crisis on the reforms in sub-Saharan Africa, and on the African Political System (edited volume); State constitutions and worthless governments in Africa (monograph)