Campaign to Promote Safe Migration in Nigeria II kicks off with round of dialogue, holding in Abuja: 18 August, Enugu 25 August, Lagos 8 September and Benin-City 15 September 2018, with  journalists, youth groups and major stakeholders

Migration Enlightenment Project Nigeria (MEPN) seeks to engender a better understanding of the many sides of migration to avoid the unnecessary suffering and deaths of young Nigerians who have been misled into unplanned journey to Europe. The follow-upinformation campaign (MEPN Plus) seeks to raise public awareness of the dangers and risks of irregular migration while advising would-be migrants not to overlook opportunities at home 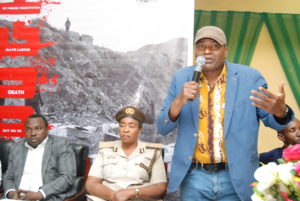 Despite last October’s CNN footage, showing African migrants being auctioned as slave labourers and causing a worldwide outrage, thousands are still dailybracing the dangers and risks of reaching Europe through irregular routes.

The UN’s International Organization for Migrationreported on 19 July that 1,443 have drowned so far in 2018 as the Mediterranean route remains most lethal.The figure does not include those who have died travelling across the Sahara Desert or in the transit countries.

For those who are lucky to reach Europe, a new, difficult struggle to obtain legal residency begins. More than 32,000 Nigerians are currently awaiting deportation in Germany alone. Their asylum claims have been rejected since Nigeria is not considered bythe EU as a country where there is political persecution. In fact, Nigerians have the highest rate of rejection among sub-Saharan asylum applicants in the European Union.

The rising human costs of irregular migration have necessitated concerted action from governments and voluntary groups.

This is the realisation that gave birth to Migration Enlightenment Project Nigeria (MEPN) in 2017. The “Know the Facts” campaign, supported by Germany’s Federal Ministry of Foreign Affairs, was borne out of the fact that most Nigerians who embark on irregular migration were not properly informed before making the decision.

The media awareness campaign, captioned ‘Look before you Leave’, is designed to educate would-be migrants in Nigeria about the realities of the journey to Europe.

MEPN seeks to sensitize society to the problem of irregular migration and the enormous costs that families and the nation pay.

Behind the figures of drowning in the Mediterranean and agonizing deaths from dehydration, exhaustion and violence in transit are personal stories of tragedy and sorrowful ordeals for parents, wives, husbands, children and families left behind.

Nigeria is also poorer for it in many ways as it needlessly loses citizens to irregular migration who otherwise should be agents of national development.

Moreover, irregular migration damages the national reputation as well as causes a backlash against legal migration from Nigeria. 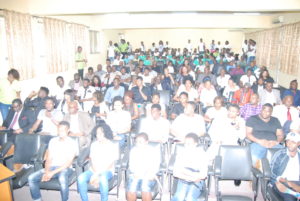 The current campaign, a follow-up to one of last year, principally consists of a round of dialogue, holding in Abuja (18 August 2018), Enugu (25 August 2018), Lagos (8 September 2018) and Benin-City (15 September 2018), with multipliers such as journalists, youth groups, students, artists and clergy people,among others. This will be complemented with a street flyer distribution in those cities as well as Warri and Ibadan from August to December 2018.

Between August and September 2018, we will also be visiting media houses, places of worship, local politicians and traditional leaders, among others, to seek their support in spreading the message of our campaign.

While the MEPN Plus’s campaign focuses on the risks and dangers of irregular migration, and on providing information on legal ways to migrate; another plank of our endeavour is to encourage young people not to overlook positive alternatives to migration.

Migration is a fact of the human experience and it’s legitimate for people to seek a better life wherever they think they can find it. However, there is an unrealistic perception of migration as the ultimate solution in the quest for self-actualisation among youths.

Experts say the only reason why migration has becomesuch a very attractive option is that young people do not believe that there is hope for them in Nigeria.

Yet, migrants from countries as far-flung as China, India, Malaysia and Indonesia, go to Nigeria because they see opportunities there.

There’re stories of individual Chinese farmers who are growing vegetables for the local market in Ogun and Oyo States, for example.

The best tile layers, plumbers and bricklayers in Lagos are said to come from Togo and Benin Republic. And many companies complain that they can’t find qualified technical staff in Nigeria. For example, experts say the major obstacle to a much wider use of solar technology in Nigeria is the lack of local expertise, especially of technicians who can design, install and service solar home systems.

The campaign therefore encourages young Nigerians to take a proper look at all the options available to them before deciding to emigrate.

And if they decide to migrate, we enjoin them to get reliable information about where they want to go: the situation that awaits them (e.g. the requirements for the issuance of residence permit) and how to legally get to their destination.

Hence the core of our message remains Look before you Leave! This is the message that we enjoin the media and other multipliers to help pass to our young people.

How not to fall victim to human tr...