200 Civilians and Soldiers Massacred: Nigeria Begs for a State of Emergency

200 Civilians and Soldiers Massacred: Nigeria Begs for a State of Emergency 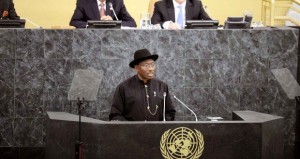 “There are people in charge of securing the federation; Nigeria’s director of national security, the N.S.A. (National Security Adviser), has a responsibility to inhibit the free flow of ammunition among all forms of ethnic and political militia in the nation. The security of the nation and deaths within are his and the presidents responsibility, ultimately“

Over 161 bodies have been recovered in a Benisheik attack staged by Boko Haram last week, on a highway between Maiduguri and Damaturu and another highway attack from Maiduguri to Bamboa. The terrorists came in 20 pickup trucks with two light tanks, firing anti-aircraft guns, and overpowered military barracks, killing officials. This deadly attack follows an ambush on Nigeria’s operating military forces this Month in which up to 50 soldiers were purportedly killed under Boko Haram superior power, ‘assisted by the failed backup of Nigeria’s air force.’

Depressingly, but sadly not surprisingly, the Nigerian president, Goodluck Ebere Jonathan is yet to give a public statement in the face of these national tragedies of monumental proportion. Nigeria’s embattled leader is embroiled in the politics of 2015 (that’s in two years) and the government is apparently officially in recess. A massacre of over 200 civilians and men of the armed forces does not merit a state of mourning and declaration of intensified and appropriate counteraction.

Without the proper will, resolve and support of the government, Nigeria’s Military apparatus, which has definitely done a great job thus far—aided by the commendable Civilian JTF—is unable to finish its battle with Boko Haram cultists. The terrorists have been pushed out of major cities; however uninterested in finishing the war, border cities are left to the mercy of skeletal forces and the brave and great civilian Vigilantes. Boko Haram is apparently able to drive freely in convoys of 20 cars. In any other nation in the world, including African—as we can all see the sophisticated Kenyan security forces response to terror—terrorists perambulating in such convoys of cars and tankers will be completely impossible. Where is the Nigerian Air force?

More depressing is the fact that this tragedy to our soldiers and citizens in Borno has attracted next to no international comment. Nigeria is a carcass. As long as the people are dead and have dead elected leaders, no one will cry for us. As happened when Nigeria was submerged under devastating floods, the death of dozens of innocent civilians last week made no global headlines. There is a greater tragedy in Nigeria. No one cares about this rich nation that fails to care about itself. If Nigeria’s sitting president fails to see the citizens of its border towns as human beings, nor view its serving men of the army as valuable, and to be protected by standardized military protocol and appropriate aerial defense, then who else will? And why will the global media take Nigeria serious, when this same week, reports have it that a claim presented to AP by Nigeria’s security services; of a so-called shootout with Boko Haram which left 7 dead in Abuja, the nation’s capital, was actually an ‘Oga-at-the-top’, ‘elite’ Army General landlord’s eviction of poor squatters in an agonizing extra-judicial event of extreme authority violence against commoners.

Problems of failed governance are more ‘acceptable’, when the direct tragedy to life is not immediately noticeable. Please note the word, ‘acceptable’ is in inverted commas. Economic errors, ranging from misdirection and mismanagement to frank embezzlement are deadly terror by the government, but people most times do not notice or overlook this. But when government failure leads to direct deaths like what continues to abound in Nigeria from north to south, then the elephant is seen above the blanket. Nigeria has never been in a state of lawlessness, criminality and under the reign of bloody terror as it is today. There are people in charge of securing the federation; Nigeria’s director of national security, the N.S.A. (National Security Adviser), has a responsibility to inhibit the free flow of ammunition among all forms of ethnic and political militia in the nation. The security of the nation and deaths within are his and the presidents responsibility, ultimately. Regular busts and seizures should be daily news. This however is far from happening. There is a free flow of sophisticated weaponry into the country. The only busts made are at the Ghanaian border. Compounding the situation, the nation is enjoying the highest levels of impunity in history. Not a single top government rogue has been put in jail under the present administration. The president has openly admitted knowing those he ‘eats with,’ who sponsor this deadly Boko Haram terror that has now additionally taken the lives of the nation’s poor men, women and children in Benisheik; but in what law refers to as being an accomplice, the president has for 3 years of brutal carnage with the death of no less than 3000 Nigerians, failed to bring any of these top level sponsors to book. Just last week, he again allegedly admitted knowing the individuals and groups engaged in corruption in the nation, and again, he reassured the citizens that he will do nothing hail in these killers-via-corruption.

It is no news that ‘ex’-terrorists secure, or rather insecure the nation’s oil pipelines. With the encouragement of levels of oil theft never seen in Nigeria’s history, coupled with the vandalism and crude refining resultant pollution to the land, Nigeria is being broken, robbed blind and poisoned. But none of this fazes the president who is more interested in putting his house together at whatever cost, two years ahead; without the sapience to know that it will still fall apart. We wonder what the president plans to present at the United Nations General Assembly meeting he is attending in USA, as his nation writhes in critical on chronic tragedy.

Nigeria is under siege. Based on the criteria for declaring a State of Emergency, Nigeria, the nation itself is overdue.