Princess Elizabeth of Toro (Uganda) -The Odyssey of an African Princess

Princess Elizabeth of Toro (Uganda) -The Odyssey of an African Princess 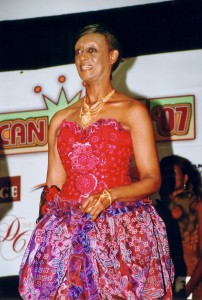 “Elizabeth of Toro: the Odyssey of an African Princess”

“I embarked on a new career as an actress where I was asked by an American firm to play a role in a film titled “Bullfrog in the Sun”, which  was based on Chinua Achebe’s “Things Fall Apart” and “No Longer at Ease.” (a film based on igboland , a region of eastern Nigeria, meant to expose the impact of Western civilization on Africa)

Few people could claim to have led a life as formidable, colourful and eventful as that of Elizabeth Rukidi Nyabongo Bagaaya, the Princess of Toro. The Princess’s life reads like an intriguing novel; a combination of spectacular beauty and brains. Born in 1936 to the late King George Matthew Kamurasi Rukiidi III and Queen Kezia Byanjeru of the Toro Kingdom in Western Uganda, princess Elizabeth attended Cambridge university where she graduated as a lawyer, making her the first female barrister in east Africa. She is also renowned for her modelling and acting career both in Europe and America, at a time when black faces were a rarity in the international glamour scene. The Princess has been the first and so far, only female in Uganda to be appointed minister of foreign affairs, as well as the first roving ambassador of the Ugandan republic, not to mention her assignment to the  UN as a delegate. Last but not the least, Princess Toro is also a celebrated author, having written her own biography which she intends to  put into a film as soon as possible.

The Toro kingdom which Princess Elizabeth derives her title from, is one of four kingdoms in Uganda which dates back to the 15th century. Toro has an affiliation with the ancient Egyptians and until date, Kings of Toro are buried in the same manner like the ancient Pharaohs of Egypt. The kingdom of Toro was restored in 1994 after 30 years of abolition and its current King is regarded in the Guinness book of world records as the youngest king to be crowned at the age of three and half.

“A Princess of Toro is groomed, trained from childhood to be well educated, cultured and prepared for her ancestral regal role as the official sister (Batebe) of the future King”. The princess of  Toro, in her own words, while describing her childhood and what was expected of her a s a young princess. “As the Batebe, I was the chief adviser to my brother the King of Toro, Patrick David Matthew Kaboyo Olimi VII”, she explained. She went on further tell AH the various institutes of learning she attended, right from primary level to higher institutions of learning; this is what she had to say: I was first educated at Kyebambe Girl’s School before joining Gayaza High School, which at that time was an elite school reserved for the daughters of kings and chiefs. In 1959, following my completion of high school and at the insistence of my father who wanted me to be able to balance successfully between Western culture and African culture, I was sent to school in England. I gained admission into Girton College, Cambridge,  which made me one of the first three African women to be admitted there. After the death of my father King Rukidi, I returned to Uganda, where I assumed my new role as the official sister (Batebe) of the new King of Toro. After the kingdom was abolished in 1967 by the Ugandan President Milton Obote, I left the country for Britain. I have always been a symbol of what a black person can be in any field, coupled with my unmatched regal beauty. These were what motivated me into my modelling and acting careers where I modelled in several fashion shows that were featured in the British Vogue and Queen Magazine. I also appeared in Ambiance, a Swiss magazine. After a year in London, I moved to New York where I was featured in the following magazines: American Vogue, LIFE and Ebony and I was the first Black to appear on the cover of a top fashion magazine known as Harper’s Bazaar. After taking acting classes in New York, I embarked on a new career as an actress where I was asked by an American firm to play a role in a film titled “Bullfrog in the Sun”, which  was based on Chinua Achebe’s “Things Fall Apart” and “No Longer at Ease.” (a film based on igboland , a region of eastern Nigeria, meant to expose the impact of Western civilization on Africa).I was also featured in the film “Cotton Comes to Harlem.” and “Sheena”. While recently in Nigeria, I watched some Nollywood  films and I was quite impressed with the story lines and good acting.

At the height of my celebrity status I was offered the position of a Roving Ambassador in 1971 by the late Idi Amin and later the post of Minister of Foreign Affairs. Although my relationship with him got sour because of some people who had been eyeing my post told Idi Amin that I was plotting to over- throw him and he had me placed under house arrest. But for international and local pressure, I would have been killed. I managed to flee into exile, only to return to Uganda in 1980. I was later  appointed Ugandan Ambassador to the United States of America, a role that I excelled in, facilitating the first meeting between a Ugandan President and an American President. As the Ugandan Ambassador to Germany, I supported the activities of Africans in the Diaspora, by honouring their invitations to various occasions. I also have a very cordial relationship with my Ugandan nationals; I have attended many of their activities in various cities of Germany. I believe that the relationship between Missions and their nationals should be reciprocal. I have been involved in promoting African causes through television appearances and through the publication in 1989 of my book titled “Elizabeth of Toro: the Odyssey of an African Princess”.

Uganda is once again a peaceful and secure country. A peace treaty has been signed with the rebels in the Northern part of the country, and as such, foreign investors now have a conducive atmosphere to do business. It is also an established fact that Uganda was one of the first countries in Africa to be actively open to the struggle against AIDS. Currently, we are at the forefront in the building of the East African Federation, which means that in the near future, countries in east Africa  will have just one embassy representing them in Berlin. The Ugandan economy has greatly improved and the statues of women have risen. My country was the first African country to produce a woman Vice-President and women are now found in every level of the government. It is even in our constitution that women must constitute one third of the legislation. In the Universities, women are given some kind of priority in terms of admission, in order to encourage them further their studies and also to bridge the gap in the society.

I wish to see Africa working towards the achievement of a real and authentic African identity, as well as developing ways to ensure that our cultures and values are well promoted and protected. There should be a proper knowledge and documentation of our history, tradition and art, through which other people could learn and appreciate our concept of living.

A LETTER FROM GERMANY: What crosse...