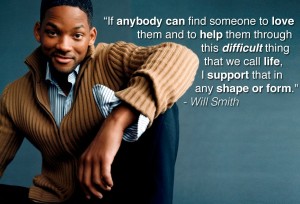 As Africans, we need to know that not only must we set our political and economic compass, but also standardize our moral compass. The ‘Gay’ issue is a very important one, and thus, I contribute some input as Nigerians wait for our president to sign the same-sex bill into law.

Firstly, there are important items to note on regulations and legislature. It is pertinent we recognize that there is no global union or governing body of thought that has the authority to determine (including via intimidation) what individual states decide on this sensitive religious and cultural issue.

The existence of an international regulative system on issues of marriage and moral social behavior only obtains under cultures and the religions, Christianity, Islam and the like.

Very importantly, under no situation should there be public violence against the Effeminate and same-sex attracted.

Now with respect to the conversation on Gay rights, here is a compilation of some very important facts and features:

1.      The common header, ‘Gay rights’ presents a false premise. Most of the conversation is actually about ‘privileges,’ and not ‘rights.’ A right is a thing inherent and ‘inalienable,’ whereas a privilege is an additional ability granted by authority.

2.      Another popular misconception is of being ‘born gay.’ Medically you cannot be born gay. Sexuality is ONLY determined at puberty. Suggesting homosexuality at birth is erroneous and misleading. Puberty is associated with the release of the sex hormones on which we depend for our sexuality determination.

3.      Biologically there are only two sexes. Male and Female. In Biology today, the presence of a ‘Y’ chromosome automatically confers the ‘Male’ status. The lack of the ‘Y,’ makes you female. Having extra ‘X’ chromosomes, but possessing a ‘Y’ predicts effeminate behavior in a Biological Male. Sex at birth can only be qualified biologically as based on a determined—or effects or absence of effects of a ‘Y’ chromosome.

4.      Genetic determination of Homosexuality, though often sought and referenced, is not particularly relevant to the conversation. This is simply because, even if/as genes are found that link Homosexual behavior; this isolation of related genes does not demonstrate/translate to normalcy. Genetic linkage has been discovered in disorders like Diabetes, Hypertension, even in Obesity, Smoking and Cancer. These genetically linked conditions are still public health concerns.

6.      Effeminacy happens. Under no circumstance should effeminate men be beaten up. Same sex attraction (SSA) is also a normal occurrence. These things happen and are related to deficiencies in hormonal level, along with other complex social-cultural and nutritional prevailing conditions. SSA must always be distinguished from male-sex-male (MSM), Lesbianism, etc.

7.      Lewdness, promiscuity, randiness, fornication, sodomy; all sexual tendencies are strictly the citizen’s private business and MUST always remain so. ‘Don’t ask, don’t tell.” Under no circumstance should any one, Gay or Straight wear T-shirts that say- ‘I like to have sex with such and such.’ This is your private business. As far as the state is concerned—being a public health matter—sex  is only encouraged under marriage unions.

8.      Sad facts prove that male-to-male sex is the most risky sex; currently in the United States, men engaged in male-sex-male (MSM) are consistently responsible over the years for up to 70% of new HIV infections; are likely to die young; have high levels of other sex related diseases and even psycho-social problems. Whoever (in his private life) decides to engage in this risky sex should take extreme precaution for self and society. Promiscuous heterosexuals also at high risk, must also take precaution serious and the advertisement of such behavior—in music videos for instance—should be strongly discouraged.

9.      The Bible condemns homosexuality (as deserving death) rather unambiguously (Romans 1:26-27). It even goes as far as condemning those who support it (Romans 1: 32).

10.   Islam likewise strongly condemns homosexual acts. But Islam as related in a Hadith does not direct the effeminate to be beaten or killed; however it regards them as ‘cursed,’ and directs them to be ‘turned out of Muslim houses.’

11.   Economics of state plurisexuality: Moral and cultural obligations aside, developing nations, already financially decrepit, cannot bear the economic implications of an official plural sexual society. Disease and other health stresses are well documented as referenced above and will further stretch thin an over stretched health care system. The additional costs—usually not considered—include educational costs and even public and private facility costs. Plurisexuality has its burdens; in Ireland, 234 million Euro’s was sought for ‘loo’s for us too,’ separate toilets for the different sexes. The same is being tabled in many U.S. states. And these societal burdens promise to continue to unfold with increasing privileges and comfort.

12.   Some prominent Medical specialists and groups maintain an alternate explanation and believe in therapy for homosexuality. Controversial NARTH, (National Association for Research and Therapy of Homosexuality) is one of the largest, consisting of over 3000 scientific and religious experts in North America, including the guy who sequenced the human genome and former presidents of the American Psychiatric Association.  NARTH presents alternative information and research than what is popularly in the media.

13.   How it may or may not affect you: The long-term herd-psychological ramifications of MSM, Lesbian, Transsexual, and the like societies (long-term psychological impacts of straight men for instance, being savored and stalked by men) is something that has not yet been studied in detail, as official recognition of homosexual relationships is new even in western societies. There are prospective studies and retrospective (historic) cohort studies; understanding how it affects us, falls in the latter category and can only be determined after years of prevalence. Until results come out, it is not advisable, for instance that children are taught that ‘a marriage (or family) is a union between a man and a woman, man and man or woman and woman,’ or taught, as obtains now in many western societies, not to use the words, ‘dad,’ and ‘mom,’ any longer.