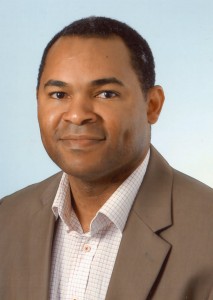 Poor, lost, hungry and helpless: the pitiful cloak upon mankind

It is Monday 13th of October 2008 as I write my contribution to this African Heritage edition. I feel unusually excited by a piece of information which got to me via wire. One of my role models; Paul Krugman, a fellow opinionated writer, just got awarded the Nobel Prize in Economics. Paul Krugman is a professor of economic and international affairs at Princeton University, New Jersey, USA. He also writes Mondays and Fridays, an Opinion column on the New York Times. His topics often cover issues related to international trade, finance, political economics, and elements of economic and currency crisis. The Nobel Prize was awarded in recognition of his works on “new trade theory” and “new economic geography”. I will now briefly summarize Dr. Krugman’s thoughts regarding trade and economic geography.

Krugman is intrigued by why two geographically distant countries produce the same industrial commodities and trade to each-other the same commodities? He observed that the commodities sold are only slightly different; for instance Mercedes-Benz selling cars to Japan and Toyota selling cars to Germany, and that a regime of fixed costs was often operative requiring that producers can improve on efficiency by simply selling more cars. He argued that consumers appreciate variety and that even if they lived in countries where sleek cars are made, they occasionally would like to drive rugged cars. With these considerations he was able to define a trade pattern which is intrinsically novel, thus doing away with 19th century trade theories that could easily be explained by “factor endowments” and “comparative advantage”. He also noted that this new kind of trade pattern, intra-industry trade, was dominant amongst richer countries and can only be described through integration of essential trade factors – such as free migration of workers across space and industry -, into a stringent and unified framework. On economic geography he argued, based on classical economics, that the location of economic activity is decided by economies of scale and that populations are dispersed by the desire to be close to natural inputs such as land, oil reserves or freshwater sources. By this he was able to define a new economic geography model. These key two new theories – crafted based on monopolistic competition, scale economics and love for variety -, he wove into a rigorous mathematical model which simultaneously considers trade and location of populations and businesses. The model proves quite convenient to use and adaptable, giving the investigator access to solutions regarding a variety of problems on trade, economic growth and political economy, by merely incorporating real variables that are associated to a particular economic system – such as traffic congestion or other forces which can impede the flow of goods and services.

Now this brings me to the point of my letter. Trade policies are inherently unfair, often giving the superior trade partner the profit edge and sometimes the legal power to dictate the outcome of a trade deal. African development has been characterized by aid and international assistance at various levels of development. There appears to be an undisclosed belief that the rules of economic geography do not seem to be compliant in the African market environment. Classical trade theory which simply recognizes the presence of asset capacity and elements of demand in order to function consistently manifests in an unfair fashion in Africa.

Consider that most African economies sadly depend on foreign aid for there to be some form of flow at their business places. Much of this aid comes from the G8 countries, the OECD countries and recently from China. Also consider that rich countries; particularly those in the so-called west, now prefer to trade with weak African economies based on an unusual policy contraption called “aid-for-trade”. Finally consider that the world is currently suffering an economic meltdown which has its epicentre unevenly distributed among most of the developed countries. How are African economies which depend on aid from developed nations going to endure this season of economic torment? How are the refugee camps dotted across various parts of the African continent going to function? What will happen to aid-for-trade as a result of this economic breakdown? There are indeed parts of Africa where people are in desperate situations, essentially living through life on the anticipation that the food deliveries to the camps and shelters will not be missed, for their existence depends on it. There is an erroneous notion that the marketplaces of emerging economies or as a matter of fact, also of weak economies, are somewhat decoupled from that of the developed countries. This of course is not true because for the past twenty years the world we live in has undergone a remarkable reduction in size; in economic speak, that is. The interactions across industries, cultures, beliefs, policies and standards have pulled-together our fragmented world, leaving both the small and the mighty deeply at one another’s mercy. At the same time globalisation has exposed weak economies to very harsh situations. Strong economies have consciously manipulated Krugman’s new trade theory and new economic geography models to work in their favour at the expense of unsuspecting weak markets, especially those in Africa.

Can an unrestrictive migration of African workers across geographic spaces and industries help Africa develop? Can new markets be opened for business in Africa? Can the funds deployed for aid to Africa be better supervised and applied instead to projects that will help the poor become self reliant and develop the capacity needed to initiate and sustain growth within their local economies? Do we have an accurate understanding of what might be preventing most African economies from growing? Should we not be contemplating innovative methods of development for the African marketplace? Africa’s poor and indeed the poor, forgotten and lost people all over the world are a stark representation of the failures of our human policies. They represent our collective shame, our inability to develop properly, our hopes dashed by the greed hatched in our boardrooms and in our parliamentary floors. They reveal the faults in our social evolution which needs to be refined better.

To develop Africa we will need to reconstruct our current approaches and attitudes towards the poor and the weak in Africa and indeed other parts of the world. Resources will need to be heavily supplied to: (i) Create fair trade agreements with Africa, (ii) End global tolerance of African dictators, (iii) Relax immigration restrictions on African countries, (iv) Invest in skilled labour for Africa, (v) Open bilateral cooperation with African nations especially in the areas of transportation, energy, health, education, agriculture and the development of trustworthy political institutions, and (vi) Assist Africa fight the war against environmental damage.

Professor Brando Okolo, African Heritage Man of the year 2011 is a full Professor of Materials Science and Engineering at the German University in Cairo – Egypt. Article first published in 2008

THE GUARDIANSHIP SOIETY: HOW MIGRA...