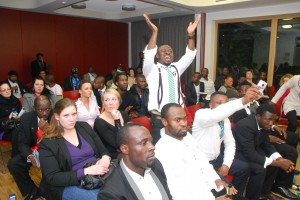 The recent drama at the Hamburg Football Verband ended on a sweet note.  The outcome of the judgment also answered some earlier raised questions in affirmative; that is if Hamburg football is ready for an all-black football Club and sincerity of integration through sports campaign.

The Appeal court answered the prayers of NCG FC. The Judges concluded that they are convinced that NCG FC showed enough commitment to the full investigation of the case, a reason for the removal of three points from them. The court also stated further that even though they are convinced that the action of an NCG FC fan trigged the stoppage of the match in question by the referee, awarding the match 3-0 against NCG FC is enough punishment and the additional removal of three points was a mistake. 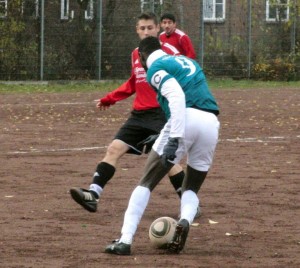 The court also agreed with NCG FC that the captain was not in any way involved in any form or disturbance as described by the referee and concluded that the match ban and fine imposed on the caption as well as any removal of points as null and void and of no consequence.

On the second case, the appeal by FC Polonia asking the court to award an earlier match which they lost by 3-0 to NCG FC on the ground that NCG FC featured a non registered player for the game in question was struck out. The court up held an earlier judgment that their case is without basis and lack merit. The court further stated that FC Polonia lack convincing prove to support their case apart from the non related pictures there were parading which according to the opinion of the court could have been taking anywhere. However, the fine of 500 euro for NCG FC fan´s action responsible for the match stoppage and for improper documentation in the case with Polonia was upheld.

With this new judgment NCG FC is now 3rd on the league table and qualifies for a playoff. The club secretary had already issued information to this effect. According to the information by the Secretary General and head of administration Engr. Charles Njoku, the official Kreisliga promotion playoff will take place  on Tuesday 22 May 2012 featuring NCG FC Hamburg vs. Rot Weiss Wilhelmsburg. The kick off is scheduled for 5pm (17: 00 ECT). The Venue of the match is NCG FC Arena, Vogesenstr. Hamburg. The Secretary also appeals for supporters to join the history making match. “We are about to re-write the HISTORY books in Football in Germany” Engr. Njoku proudly announced on telephone. NCG FC is scheduled to play two matches. A home and away match. A draw in any of the two will see them though to the next league.

When contacted on the phone for his reaction, Hon. Kenneth Gbandi, the Sport director repeated his earlier statement that “it is not always over until it is over; the end of a game is just the beginning of another game, the German will say”. According to him, the judgement has further strenghten his believe  in the  German sports legel system and  also his believe in Germany as a modern democatic soceity based on the rule of law irrespective of such issolated casees of as this. 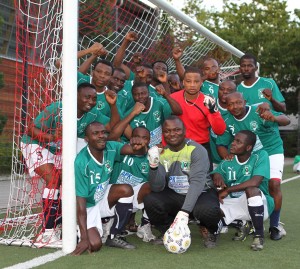