Rose Chinwe Ifemesia was born on Sokoto in Northwestern Nigeria. She was the daughter of Charles and Christiana Ifemesia of Ikenga, Ogidi in Anambra State of Eastern Nigeria.

While Rose (as she was known to family and friends) was only about eight years old, in order to give her the benefit of a good formal education, arrangements were made for her to join her much elder cousin Jessie Chiebunam Ifemesia, who was then teaching in schools in Eastern and Midwestern Nigeria.

Rose accordingly made steady and satisfactory progress in the elementary schools. And on completing her studies there, promptly gained admission to Queen of the Rosary College (QRC) in Onitsha, a leading secondary school for girls in Eastern Nigeria.

Rose was in her final year at QRC when the Nigerian Crisis began in 1966. And, like everybody else around, she was involved in the continuously unsettling events and activities preceding the Nigerian Civil War (1967-70).

During the war, Rose took shelter in safe area of Igboland, while helping to sustain the war effort by serving among refugees in various locations.

At the end of the war, Rose; deprived and distressed like all her surviving mates and colleagues, decided that she would not continue with education but would rather go into business.

Rose moved up to the north again and went back to Sokoto. But to her it was not the throbbing seat of the Sokoto Caliphate she used to know. Her parents were no longer there. Her father had died some years before the war. Her surviving mother would not live anywhere outside the ancestral homeland. Other relatives and friends had either been killed during the crisis or had fled South and East to Igboland. After a brief while, Rose proceeded from Sokoto to Kaduna, the former capital of Northern Nigeria, where much of the action seemed to be at that time.

There, Rose not only had to start almost everything in business from the scratch but had to overcome her youthfulness and lack of experience. Rose was able to make a promising start. Her threshold business sense launched with her first business in Kaduna, the hair dressing salon, where she was so committed to providing the complete hair styling experience to high-flying Kaduna women. She became the finest hair stylist on Lokoja Road because she insisted on the highest quality hair products; and grew the expertise to make her clients look fabulous!

Rose was specifically interested in distributorship in the beer industry, toward which she eventually directed her business effort, thanks to established dealers and agents who trustingly gave her credit facilities, and at length, Rose became one of the leading dealers in the distribution and marketing sector of the beer industry, not just in the northern region but in all Nigeria. It was at this point in time that Rose took the praise name Chiyelugo (God has granted me the eagle feather) in gratitude for the position in which she now found herself.

Rose was gentle and kind-hearted, resolute and single-minded, generous and open-handed. She sometimes set the bar a little too high in her relationship with the people around her, and sometimes also did not find it easy to reconcile herself to the difficulties such people might be encountering in meeting her expectations.

Rose dutifully attended to her aged centenarian mother (she turned a hundred years old in 2019).
Although she was living in Kaduna and the mother in Ogidi, Rose consistently and relentlessly kept in touch with her and supplied her everyday needs.
So also, Rose gave the best education possible to her two sons, Chinedu and Chibuzor to whom she bestowed great motherly love always making sure they were very well provided for in early life. And there are also Rose’s grandchildren who will sorely miss their doting grandmother.

Rose’s siblings, Nkechi, Osita and Ifeanyi, all have settled in their homes and businesses yet typically, Rose would enjoy playing Big Sister to each of them.

Rose was not restricted only to her family in her relations and activities. She was an outgoing person, polite, pleasant and forthcoming. Rose spoke Hausa like a Hausa lady.

Two major circumstances indicated the kind of person Rose was in life. One was the height to which she laboriously ascended in the beer business. And the other was the fact that, throughout all the riots and disturbances that occurred in northern Nigeria, including Kaduna, in the last 50 years since the end of the Civil War, Rose and her places of abode and business were never harassed or disturbed. Rather on many occasions they were mindfully protected because of the cordial respect Rose had earned among the northerners as a humane and benevolent lady.

Violence against women is not just...

Hon Kenneth Gbandi – Man of the... 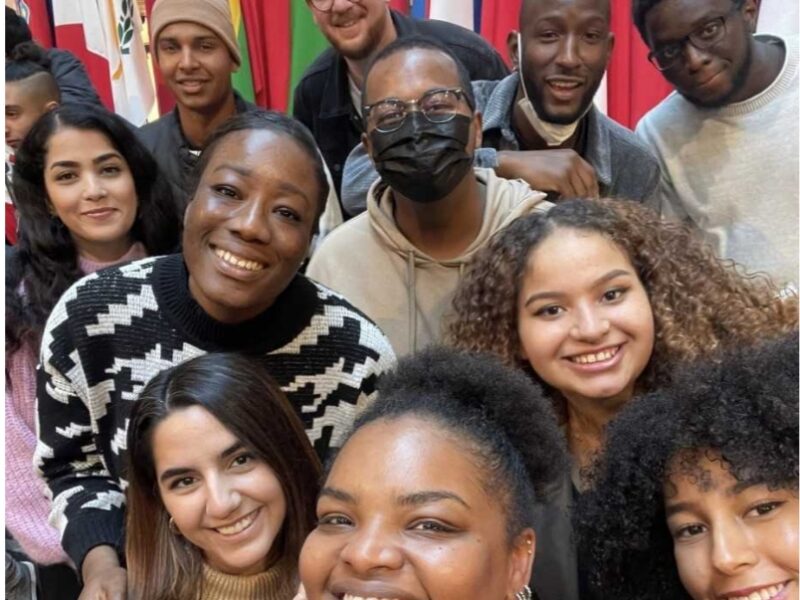