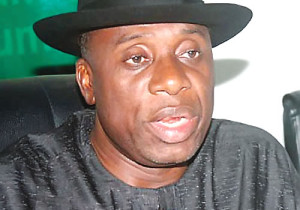 Another damning evidence has surfaced to prove that the leader of the International Election monitoring group who has called for the cancellation of the Rivers State Governorship and State Assembly elections won by PDP’s Nyesom Ezenwo Wike, Mr Humphrey Bekaren is a PUBLICITY INTERFACE CONSULTANT for the RIVERS STATE GOVERNMENT and a long time insider of the Gov Rotimi Amaechi administration after all.

Born December 11, Mr Bekaren is the self styled leader of African Centre for Leadership Strategies and Development, a Nigerian NGO. It was registered with the Corporate Affairs Commission (CAC) on 17th January, 2010 with registration number CAC/IT/No 36563. This was during Governor Rotimi Amaechi’s tenure.

This much is clearly stated on his Linkedin Profile and was still there as at 9am Thursday 16th April, 2015.

He is one of the many Gov Rotimi Amaechi clique of media and publicity/business friends which include Ibim Semenitari, Stephen K. Dieseruvwe, Preye Aganaba, Philemon Adjekuko amongst others.

Mr Otive Ogbuzor, an APC stalwart in Delta State who contested the APC guber primaries in Delta State seres as the Executive Director of the African Centre for Leadership Strategies and Development is Dr.

According to mymajors.com, a Publicity Consultant is someone who “Engage in promoting or creating an intended public image for individuals, groups, or organizations. May write or select material for release to various communications media”.

Wikipedia says “One of the publicist’s main functions is to generate press coverage on behalf of clients and to serve as the bridge between clients, their public and media outlets. A publicist writes press releases, manages campaigns and performs other public relations functions”.

Recall Mr Bekaren had written an article in Vanguard Newspaper in support of APC’s candidate who lost the said election, Dr Dakuku Adol Peterside. This was about the time Dakuku was picked as the party’s flag bearer, in what observers saw as a unilateral decision by Amaechi. All these clearly calls to question his neutrality and motive for calling for the cancellation of the April 11th election.

The elections of 11th April was successful and widely seen as fair and credible by many observers and INEC except for Mr Humphrey Bekaren. Surprisingly and true to a traits of a paid actor, Mr Bekaren who has been shouting more than the bereaved has insisted that it be canceled.

NIDO GERMANY ON THE ONGOING XENOPH...