Africa Region is presenting the highest numbers of Associations for Hamburg Senate Integrationsbeirat Election 2015: Moved from 2 to 3 slots 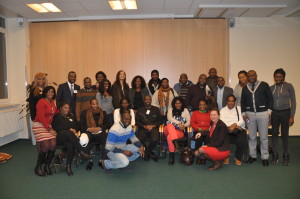 Africa Region is presenting the highest numbers of Association for Hamburg Senate Integrationsbeirat Election 2015, 81 to be precise by official record from BASFI, making Africa the most active community in the issue of integration in Hamburg. This in many expert opinions is a testimony of active community awareness and mobilization by the members of the Integrationsbeirat representing the African region for the legislative period 2011.

This is 2015 and 11 candidates are contesting for 3 positions one of them is the Editor in Chief and publisher African Heritage Magazine Hon. Kenneth Gbandi. Others are Dahmani Lembarek, Awo Gladys, Collison Sonja, El Korchi-Burchert Dounia, Ismail Ismail, Gerlich Sylvaina, Asare Emmanuel, Belhadj Abdelmalek, Akanno Henry and Nass Twerefour Yvonne.

The accredited African organizations are: 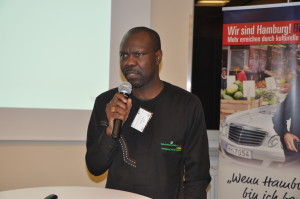 Hamburg is one of Germany’s largest commercial ports and second largest in Europe. It is a media city and a commercial hob to millions of people across the world. A Gateway to the World, it has been described by many as the highlight of the German North. Hamburg is a green city, accessing the picturesque rivers the Elbe and Alster. The new Hafen-City, historic “Fish Market” and “Reeperbahn” are some of the sites and features that make Hamburg one of the most beautiful cities in the world. But, Hamburg is also more than that, it is a multicultural “welt stadt” with a population of about 1,7 million people, of which 28-3% are immigrants. Over 35,000 of these people are of African descent, bringing with their cultural diversity, the vibrant and positive energies of Africa and also, its challenges. Part of these challenges is managing the cultural diversity. One of such instrument is the Hamburg Integration Council.

Integration is a task for civil society at large, one that requires the involvement of all groups in society – e.g. of politics, business, labour, education, social services, culture, religion, sports and the media –  both by the State and on a regional levels.

The Integration Council was first set up in 2002 as an Advisory Board allowing immigrants and locals to jointly look for new ways of living together in peace and equality. It provides a forum for open discussions between stakeholders from various Associations, institutions and businesses with regard to questions concerning the integration of immigrants in Hamburg.

The Integration Council consist of elected Representatives with migration backgrounds who are nominated and elected by registered organizations for immigrants, as well as appointed representatives from various institutions.

The Integration Council 2011 holds a plenary session four times a year under the Chairmanship of the Minister of Labour, Social Affairs, Families and Integration;  Detlef Scheele.

Furthermore, it can establish working groups in response to specific issues and occasions. In future, the Integration Council will adopt resolutions by a simple majority (up to now a unanimous vote was required). Recently, the working groups responsible for specific issues have started electing spokespersons to strengthen the Council.