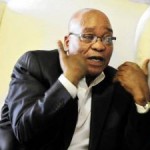 Richards Bay, KZN – President Jacob Zuma has lashed the KwaZulu-Natal business community for its lack of innovation and creativity in embracing obvious opportunities afforded by its unique coastline.

Delivering the keynote address on Thursday at the Richards Bay Jobs Summit and Jobs Fair, hosted by the Department of Labour, Zuma urged business people in the province to stop fighting over tenders.

Instead he said they should be developing innovative businesses that took advantage of the coastline close to major commercial and industrial centres.

Zuma said countries that had rivers and lakes took full advantage of these to create businesses and employment.

“You are sitting on the sea here, with two major ports, (Durban and Richards Bay) and Mozambique nearby, warm sea, and you do nothing about it.

“There is no boat that takes people from Richards Bay to Durban, nothing, you do not see it as a possibility… Between these two cities there ought to be boats to take workers to work in the morning and back in the afternoon.

“You do not see it, you are busy fighting over tenders, over who gets what,” said Zuma.

He said boats could ferry goods between Durban and Richards Bay too. There could also be tourist boats ferrying tourists to Maputo in Mozambique over the weekend and creating jobs.

Durban, as one of the country’s major tourist cities, was also missing opportunities by going to bed very early, the president said. “No economy can grow if you love sleeping too much,” he said.

Numerous private sector companies and government departments exhibited at the Jobs Fair which drew hundreds of unemployed youths from the Uthungulu district and surrounding areas.

Its aim was to highlight the need for urgent, practical solutions to address the high level of unemployment in the country. It also sought to pair up unemployed youth with potential employers.

“We are aware that we cannot solve all unemployment problems in one day in this region.

“However, we trust that employers will continue to search for and afford work seekers opportunities to access employment,” said Zuma.

*Meanwhile, the seat of the university to be built in the Northern Cape would be in Kimberley, Zuma announced at the fair.

Satellite campuses would be built elsewhere in the province, he said. These locations would be announced at a later stage. – The Mercury

Exit of an Icon ROSE CHINWE IF...