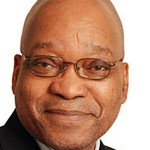 Zuma was leading a delegation to the summit, where the election of a new chair is on the agenda.

“It is in the best interests of the African people in general and the AU in particular that the matter be finalised at this summit,” said Zuma.

“We trust that the continent will rally behind the Southern Africa candidate [Dlamini-Zuma].”

The presidency said on Friday that the AU had adopted a policy on gender parity in its commission, and said the post had never been occupied by a woman.

There has been much controversy around the elections.

AFP reported on Friday that SADC had accused sitting AU chief Jean Ping, who is Gabon’s foreign minister, of abusing AU resources in his election race.

Neither Ping nor Dlamini-Zuma won the two-thirds majority needed at the previous summit, despite several rounds of voting, leaving Ping in the post until a new election could be held.

Ping denied as “outright fallacy and fabrication” a report by the Sunday Times newspaper that he was pulling out of the race to allow Dlamini-Zuma to stand unopposed.

The assembly of the union sits on Sunday and Monday. It was not immediately clear when the chair would be elected.

If no candidate is elected this time around, Ping, who has held the post since 2008, could legally be asked to continue as interim head until the next summit in January 2013.

Otedola Versus Lawan: Before We Sl...

Exit of an Icon ROSE CHINWE IF...