TEXT OF A SPECCH BY THE NATIONAL COORDINATOR PEOPLES’ DEMOCRACTIC PARTY NATIONAL YOUTH FRONTIER (PDPNYF), USMAN AUSTIN OKAI ON THE OCASSION OF A WORLD PRESS CONFERENCE ORGANISED TO CALL ON PRESIDENT GOODLCUK EBELE JONATHAN (GCFR) TO DECLARE HIS PRESIDENTIAL AMBITION FOR 2015 HELD ON SATURDAY 13TH SEPTEMBER 2014. 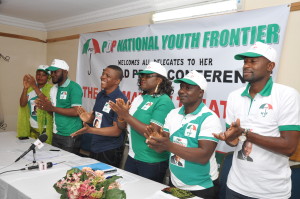 –      Members of the National Executive Committee of PDPNYF,

–      Representatives of Diaspora Coordinators across the Continent

I welcome you all to our World Press Conference titled “The Ultimate Ultimatum to Mr. President”.

Today, Members of the Peoples’ Democratic Party National Youth Frontiers (PDPNYF) hereby joins other well meaning and patriotic Nigerians to mount pressure on President Goodluck Ebele Jonathan (GCFR), President and Commander-in-Chief of the Armed Forces of the Federal Republic of Nigeria to please accede to the call by majority of Nigerians at home and in Diaspora to declare his ambition to contest the 2015 Presidential election within 30 days from the date of this Press Conference.

We want to use this occasion to restate the fact that Nigerians are not in doubt as to the monumental achievements of Mr. President in almost all the sectors of our socio-economy, security and political life.

OUR RESOLVE TO SUPPORT PRESIDENT GOODLUCK EBELE JONATHAN (GCFR) FOR 2015 ELECTION IS BASED ON THE NEED FOR POLICY CONSISTENCY AND CONSOLIDATION OF THE TRANSFORMATION AGENDA.

We are not only convinced and satisfied with Mr. President’s achievements, but we are desirous of having him continue the good work of Transformation which he has embarked upon and yielding unprecedented results. This is very important in order to ensure policy consistency and youth inclusiveness.

It is not in doubt that President Jonathan has the best policy formulation and implementation ever in the history of Nigeria.

Never in the history of Nigeria has any President; whether Civilian or Military taken seriously the issue of Youth inclusiveness in Politics and Governance as well as Women active participation in Governance which resulted in having 35% of our women in Governance than the era of President Goodluck Ebele Jonathan. 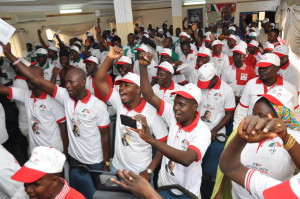 President Goodluck Ebele Jonathan has been able to engender the trust and confidence of over 17 million Nigerians in Diaspora.

It is on record that since 2011 when President Jonathan was voted into power, Nigerians in Diaspora has remitted back home over $63.17 billion (N10.35 trillion) into the country!

The most interesting reason why we have to showcase this is not to only underscore the reason why we take our Diaspora Members very seriously but to let the whole world knows that the remittances by Nigerians in Diaspora are much than the total revenue of 34 States of the Federal Republic of Nigeria!

This is made possible by the quality of leadership, trust and achievements which President Goodluck Jonathan has demonstrated to the whole world. If Nigerians in Diaspora do not have huge confidence in the leadership of Mr. President, they would not have repatriated this huge level of investment back home.

Gentlemen of the Press, I have in my hand 93 pages detailing some of the major achievements of President Goodluck Ebele Jonathan. This document is very bulky and may take us few days to read through. I will therefore concentrate on one major achievement that are very important to Nigerian youths.

Since assumption of office in 2011, President Goodluck Ebele Jonathan has so far created more than 1.2 million jobs through several projects.

Just on Wednesday 10th September 2014, President Goodluck Jonathan inaugurated a Presidential Jobs Board to foster the creation of at least three million jobs in the next twelve months.

Gentlemen of the Press, we have no iota of doubt at all that Mr. President will deliver on his promise of creating 3 million jobs through the Presidential Jobs Board given the caliber and integrity of individuals on the Board.

Leadership of the PDP

PDPNYF wishes to use this opportunity to commend the Adamu Muazu led PDP Executives. We commend his leadership style which has been able to bring back several PDP Members that had previously defected to other parties.

PDPNYF also commends the Office of the Political Adviser led by Professor Rufai Alkali for making frantic efforts to bring together supporters of Mr. President. 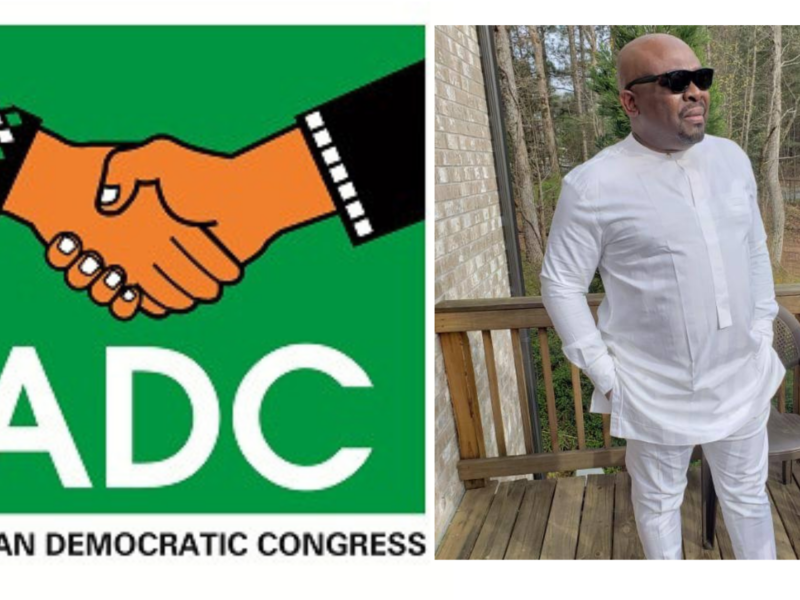