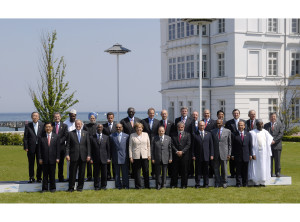 Genesis (NIV Bible) 19: 4 Before they had gone to bed, ALL THE MEN FROM EVERY PART OF THE CITY of Sodom—both young and old—surrounded the house. 5 They called to Lot, “Where are the men who came to you tonight? Bring them out to us so that we can have sex with them.”

The Cattle (Quran) 6: 116 Wert thou to follow THE COMMON RUN OF THOSE ON EARTH, they will lead thee away from the way of Allah. They follow nothing but conjecture: they do nothing but lie.

In the Palestinian legislative elections of 2006, Hamas won 74 seats to the ruling-Fatah’s 45, becoming able to establish a Hamas majority government. The British Conservative head of the European Parliament’s monitoring team, Edward McMillan-Scott described the polls as “extremely professional, in line with international standards, free, transparent and without violence.” Immediately after the election victory, the Quartet (United Nations, the United States, the European Union, and Russia) and Israel imposed crushing sanctions on the Palestinian authority and this ended in a violent breakup and a divided Palestine. In approval of the split, in 2007 sanctions were eased on the Fatah led West Bank, while more severe sanctions placed on the political victors, Hamas and the Gaza strip. The then U.S. secretary of State, Condoleeza Rice immediately added the following statement to the definition of democracy: “Democracy brings not just rights, but it brings obligations and responsibilities too.” Defining democracy as some sort of culture, she went on to say, “And one of those responsibilities is to care for and to be a fighter for peace, and not for war and not for violence.”

In Nigeria, during the 5th republic, following the successful introduction of Sharia law in Zamfara state by the then governor, Sani Yarima, there were gigantic protests in the northern states, likewise demanding for Sharia law. Surveys conducted across northern states delivered a response rate solidly in favor of the introduction of Sharia law, in the 73-97% range. See ‘Margit Cleveland, “Acceptance of Sharia Law in Nigeria,” in Paul Marshall (ed), The Talibanization of Nigeria: Sharia Law and Religious Freedom.’ Credited as ‘dividends of democracy,’ by 2000, 12 democratically governed northern states in total officially re-adopted Sharia law a century after it had been laid down. The masses supported the adoption of Sharia seeing it as the only solution against the triad of corruption, inequality and poor governance. While many northerners believe the law is not adopted honestly and is used to witch-hunt the poor, while securing impunity for the rich and elite leadership, other Nigerians believe it should never have been adopted. Like it or not, and safe or unsafe within the context of Nigeria as is, the law came into being compliments of democracy. While still discussing Nigeria, the crises of governance in the 4th, 5th and 6th republics delineate democratic realities.

As poverty ravaged Egypt, popular protests succeeded in sacking the several decade dictatorial regime of Hosni Mubarak. In June, 2012, Mohamed Morsi was elected in a free and fair election as the first democratic leader of Egypt. With 13.2 million of 26 million votes cast, he won nearly 52% of the vote, giving his closest rival a 900,000 vote lead. Exactly one year after he assumed office, an auspicious organization, ‘Rebel,’ with links abroad, claimed it had gathered over 15 million signatures (this was never independently verified); and this claim assisted by increasing artificial poverty in an already hardship engulfed nation now being crippled further by lack of economic support from anti-Islamist Arab nations like Saudi Arabia and Qatar in a grand conspiracy, paved the way for a military coup. Lack of western and Arab royal’s love for an Islamist government, albeit, democratically elected sponsored the overthrow of the popular people’s choice by gathering together another ‘popular’ people’s choice.

The three cases highlighted point to a peremptory problem with democracy to the attentive observer. Democracy is far from perfect. And the question to be asked is, when democracy fails–to give us what we want–then what should we do? If we rely on a system that at its best can present us with our worst nightmare, how intelligent are we as a thinking race? Between 1000 and 3000 lives have been lost in Egypt in its post third government changing revolution since the first that gained its freedom from the dictator, Hosni Mubarak; and years, if not decades of anger, hate, distrust and terror threaten to define its future. It will hardly be surprising if Mubarak is laughing in his ‘prison room.’ Nigeria’s democratically elected president concedes to be the second most hated leader in the world, yet he was elected by a democratic process, and like him or not, Nigerians have to wait till his term is over, and possibly till his next term is over to then again try to choose someone they can better rely on. Yet, with the peculiar efficiency of democracy, which thrives on financial muscle, media support and the hopelessness of the gullible masses, the election and re-election of candidates that are guaranteed not to fulfill the needs of the populace at that point in time is almost always ensured. 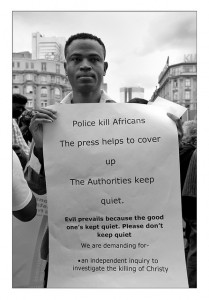 Of a system that has been in place in its present form for over 2000 years in Europe, a former presidential candidate and wife of a U.S. president, Hillary Clinton while on visit to Nigeria said “now our democracy is still evolving…” A. Akbar Muhammad in 2008 in his article, ‘Democracy’ fails Africa,’ said: “Africa needs a form of government that speaks to its culture and traditions. In many areas of Africa, the influence and importance of tribal leadership cannot be dismissed. Any system of democracy that is developed must take into consideration the reality of tribalism.” Research, led by David Dunning, a psychologist at Cornell University in 2012 found that people were simply not “smart enough” for democracy to work. Now some people quickly and almost reflexively with spinal thinking, sort of under a spell, splurt, “well nothing is better than democracy…do you want authoritarian rule?” I am not sure that that is the opposite of democracy. Do we know what democracy even is, as we have seen its redefinition and condemnation based on results? Have we ever sincerely considered the known flaws of democracy, which include ‘tyranny of the majority’ the ‘voting paradox,’ ‘deadly divisionism,’ among other serious shortcomings? Famous African prophetic singer, Fela Anikulapo Ransome-Kuti in his ‘Teacher don’t teach me nonsense,’ democracy song, proposed that if you are taught by a good teacher and you make mistakes, he should correct you, but if the teacher doesn’t, it means their teaching has different meanings from what you might imagine. Contrary to the popular misconception, democracy did not build Europe, colonial conquest–of African, Arab and Asian resource, technology, knowledge and manpower-did. 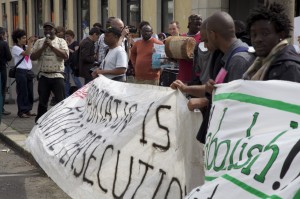 As we evaluate the poverty, underdevelopment and frequent bloody sectarian crises in Africa; as we notice the increasing ‘tribal‘ splitting of the continent’s people, the hopelessness, mal-governance, the expanding terrorism. As we witness the protracted crises in Egypt, in Nigeria, in Ivory Coast, in Zimbabwe, in Kenya, perhaps it is time we begin to think of and discuss revolutionizing our leader selection system in consideration of the peculiarities of our highly ethnicized clime. Before the social media era, recalcitrant dissent was easily contained so flaws in leadership systems were suppressed without everyone realizing. But now, times have changed. Technology to coordinate dissent and objection is readily available and so also is technology for terror. In consideration of these ‘dangerous’ advances, leadership and social organization must be carefully reevaluated and if need be, overhauled. The Greek elite promoted the democracy we have today, however it is pertinent to realize and appreciate the fact that the Greek philosophers never favored public participatory democracy. Plato, Thucydides and Aristotle described democracy as a system that was by default, vulnerable to ignorant demagogues and built to expropriate the propertied. It still is. They favored systems like ‘Philosopher kings’ rule and ‘Benevolent dictatorship.’ Democracy is not our magic bullet. If it’s broke, perhaps we should leave it, or at least, give it a thought.

Boys to Men: The Invention of Adol...