The Spirit of Africa: African Day Celebration And ACF Inauguration Buffet in Hamburg

The Spirit of Africa: African Day Celebration And ACF Inauguration Buffet in Hamburg 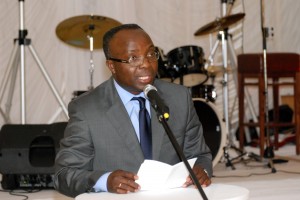 Mr. Elombo Bolayela, the African SPD Parliamentarian in the City-State of Bremen

(Pix L) Mr. Elombo Bolayela, the African SPD Parliamentarian in the City-State of Bremen, then gave a sober speech in which he called on Africans to wake up to the challenges in Germany; calling upon the Germans, on the other hand, to embrace more than ever before the philosophy of true integration” 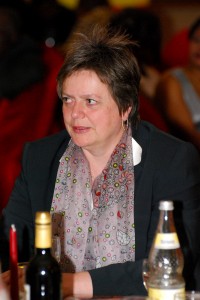 The occasion was organised by Hon. Kenneth Gbandi, one of the two representatives for the African region in the Integration Advisory Council of the Hamburg Senate, at the grand hall of Le Royal in Barmbek to celebrate Africa Day on 25th May 2012, in combination with the inauguration of the African Consultative Forum (ACF). The African Consultative Forum is an initiative by Hon. Kenneth Gbandi to help boost up his work at the Integration Advisory Council.  The event took off at about 19:00 with a welcome drink while the musical artist, Fabian Addo, accompanied the attendance with a musical interlude on piano playing a popular jazz music. At 19:45 Mrs. Amen Enofe, in charge of the flow of events generally, asked the guests to get seated. Then the popular North German Band, CJ and the Resurrection Voices, got into action with a very vibrant African number, “Igwe”, a popular gospel tune. Thereafter, the host of the event, Hon. Kenneth Gbandi, was invited to deliver his welcome address. This was followed by an address by Frau Petra Lotzkat. Jojo, another well known musical artist in Germany, then followed suit with a solo performance.

(Pix above R : Madam Petra Lotzkat of the Integration Department, represented Mr. Detlef Scheele, Senator for Social, Family and Integration Affairs and delivered an encouraging address to the gathering) 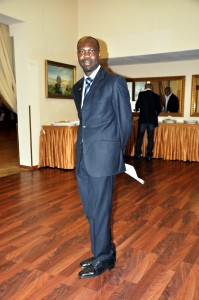 Highlight of the Night

The highlight of the night was the introduction of the members of ACF by Mr. Clement Klutse who also gave a brief background of ACF. After the introduction ceremony, the ACF members, standing in line in front of the gathering, held each other’s hand as a sign of unity, while Florian Omishade, another music icon, struck a tune on the piano and perfumed the hall with “We All Need Just Somebody To Lean On” in what many people later described as overwhelming event. Mr. Elombo Bolayela, the African SPD Parliamentarian in the City-State of Bremen, then gave a sober speech in which he called on Africans to wake up to the challenges in Germany; calling upon the Germans, on the other hand, to embrace more than ever before the philosophy of true integration. The host, Hon. Kennth Gbandi, was given a surprise birthday package by Ms. Lillian Kunu and Film Actress, Dayan Kodua, who actually moderated the event. Ms. Lillian Kunu sang a very special birthday song for Hon. Kenneth Gbandi who had turned 44 on May 17.

When the speeches and ceremonies ended, came what everyone was finally waiting for, namely the buffet and, to say it with no exaggeration, there was enough of that. Indeed, it was an exquisite performance in African cuisine. And the guests wholeheartedly consumed it to their utmost satisfaction. At the end of the buffet, the brochure “The New Face of Africa in Hamburg, The Pathfinder” which Hon. Gbandi had prepared beforehand was presented to the public. Young  CRhyme, Dayan Kodua, Otto Addo and Yared Dibaba were also introduced as Goodwill Ambassadors. The vibrant music of the D.J. Bayo kept a lot of those present on their feet dancing continuously till the end. The Enugu State Cultural Dance Group in Hamburg brought streaks of culture to the event, with two of people in the group wearing big cultural masks as part of the performance and thus enriched the African cultural heritage that night. 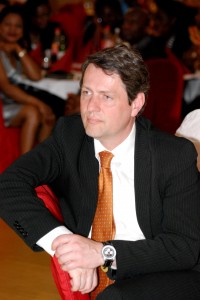 The event came to an end at about 01:00 Hrs with a vote of thanks from Hon. Kenneth Gbandi.

and the full speech of Hon. Gbandi could also be read at  www.kennethgbandi.com