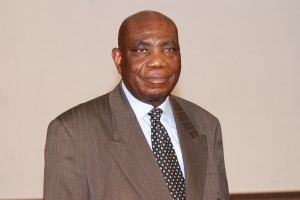 “But why should black people mostly suffer from the ingrained prejudice and discrimination in the cultural domain of the white people throughout the world? This question is essential to be asked, because black African descendants, especially those in Germany, must be brought a little bit nearer to the historical background of the facts”

Migrants, especially those from the developing countries, do regularly confront discrimination everywhere in Europe or in countries elsewhere in the world inhabited by people of European stock. What does discrimination really mean? The word “discriminate” has a lot of definitions. That is why, in this case, we must seek for help from the expression “to discriminate against a person”, in order to be precise here. The expression means to treat a person in an adverse or unfavourable manner with premeditation. The intention of doing so either to destroy the person’s chances of social mobility and economic welfare or to get such chances severely restricted in the society. In such case, there is little chance for the person subjected to the discrimination to aspire for any ambitious lifestyle situation, when personal progress or welfare in the society is seriously hindered through the   discrimination. In principle, the discrimination act as is based viciously on three criteria, namely the colour of the skin in accordance with racial definition, hatred in relation to being part of a certain religion or culture and deliberate refusal to recognise the person so treated as possessing any intellectual ability. A fourth criterion can be added in the form of the wilful underestimation or the rejection of the qualities of the person dealt with. These fundamental criteria are mainly sustained through open or hidden sense of persecution.  Directly or indirectly, people belonging to the black race, especially the black people from Africa, are frequently subjected to such wilful acts of discrimination.

But why should black people mostly suffer from the ingrained prejudice and discrimination in the cultural domain of the white people throughout the world? This question is essential to be asked, because black African descendants, especially those in Germany, must be brought a little bit nearer to the historical background of the facts. The European conquest and seizure of the world which began in the 15th century and the African slave trade that followed, including the later colonial domination in the 19th Century, were events that fatefully paved the way to the devaluation of the African and other black people across the world as human beings. They came to be looked down upon as people who possessed no kind of intellectual capacity. As result of that they were factually dehumanized. Such considerations finally led to the instutionalisation of the apartheid system first of all in USA and in South Africa later on to the detriment and the suffering of black people.

Even though times have changed, the discrimination against black people and their descendants in Europe, especially in Germany, remains relatively constant. Liz Baffoe, who achieved fame through the film Lindenstrasse, was forced in a recent interview to the Bild Zeitung Online to express her deep misgivings against the unsavoury roles offered her in areas such as prostitution or the wife of an immigrant man because of the colour of her skin, even though she has 16 years experience as actress in the film business. Such things continue to happen in Germany despite the current hullabaloo over the integration of migrants. Racial discrimination causes the inevitable open or hidden marginalisation of the people who suffer from it. In times of economic crisis, the migrants in Germany and their descendants are the first to be dismissed from their places of employment. In the 1990s of the past century and at the beginning of the new one, many African people who have acquired the German nationality decided to leave Germany to settle in the other EU countries.

Many African children in German schools are transferred through prejudice in their tender age (8 years old) into the so-called special schools using dubious tactics such as the so-called IQ tests. As the Vietnamese Social Scientist, Dr. Kien Nghi Ha, Fellow of the Institute for Post-Colonial and Inter-Cultural Studies (INPUTS) of Bremen University says in a recent interview with the Migrants Journal Online – MiGAZIN:  “The migration arrivals which are glaringly and uncontrollably overflowing the border, bring many white Germans to look upon the situation as a revolutionary intervention in their own imagination of normality, leading them to consider that as a big threat to their own social status and world outlook. In much the same manner, there is increasing evidence of visibility and the manifestation of the new self-consciousness by the second and third generations (of migrant children) as indication that they just no longer accept being pushed to the invisible and neglected borderline of the society. To many white Germans the situation, indeed, is regarded as tangible threat to their way of life.  From the scientific point of view, are there any signs to indicate that the German authorities in general and the security forces in particular have a problem in connection with racism?” This is now the real question.

THE GUARDIANSHIP SOCIETY OF GERMANY

Many migrant people seem not to be even aware of how the German society actually behaves as guardianship society to migrants, what in the German Language would be appropriately termed “die Vormundschafts-Gesellschaft”. The passing of the Migrant Act which came into force in 2005, leading to the abandonment of the theory that Germany was not a country for migrants to settle in, together with the passing of the Anti-Discrimination Act – called the General Equal Treatment Act – GETA (AGG), these two legal instruments have practically had no effect on the idea of the guardianship attitude of the German society towards migrants. The guardianship system is both reflexive and reactive in the way it works. It is an integral part of the leading ideas contained in the (national) cultural framework. When the new Immigration Act came into force, a gigantic apparatus purported to boost the integration of migrants was set up. Its aim has been to create equal opportunities for migrant people and their descendants, supported by the General Equal Treatment Act. But, as the quotation from Dr. Kien Nghi Ha above reveals, many deep rooted problems of discrimination  still  persist which need to be tackled very thoroughly and wholeheartedly .

How does the guardianship society function? The process operates like this: The migrants and their descendants are, directly or indirectly, obliged to make use of the “technical” assistance of the German guardians. Practically, the guardianship system vehemently militates against the idea of migrant people acting or behaving independently and efficiently in every sphere of activity. In many situations such as, for example, business activities, the migrant business person would be obliged to use a white German citizen to be the front person. Unless that happens, the chances for the migrant person to get offers or orders regularly, in order to stay in business would be almost next to nothing. The same is the case of Migrant Associations or NGOs with the desire to carry out some projects. When it becomes clear that the management of the project, at least the book keeping part, is not under the control of a white German person, the project would be practically deprived of funding either by the State or by any Foundation. It is a situation of unwritten rules in play which are always strictly applied. The question is not a matter for the migrant person to possess university degrees or any kind of tangible qualifications. It is basically a matter of the distrust, and the underestimation, of people of foreign origin generally, or of different race and colour of the skin in particular, in accordance with the idea that without the help of a white German in front, the migrant person would by all means fail in every endeavour. The guardianship system, therefore, indirectly prevents migrants to demonstrate that they are capable of doing their own business quite efficiently, all things being equal.

The aim of the integration effort, as mentioned, is to create equal opportunities in the society for migrants and descendants. But, even though things are not openly said, the white Germans really feel themselves already overwhelmed with fear, as the quotation from Dr. Kien Nghi Ha amply indicates. Evidently, equal opportunities would or should forcefully bring social mobility along with it, as much in state institutions as in private companies. But the white Germans are practically not yet prepared to confront such a situation of social mobility happening. The guardianship idea (basically being an integral part of the culture) strongly embraces the leitmotiv that all top positions at any level of activity, both in state and private institutions must be occupied by white Germans.  In this respect, the integration strategy might finally not make it easy for qualified migrant children to turn the situation around. This is the reason why the children of people of African origin should no longer avoid joining any of the established political parties of their choice as full members. They should realise that nothing practically changes to the advantage of deprived people in especially a discriminating society, without full participation in political activities. They must also create a lot of Associations (NGOs) as machinery to help them fight for their equality and welfare in the Germany society in the long-term perspective.