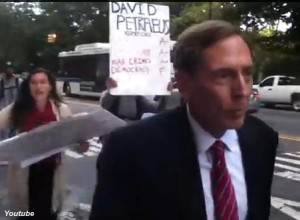 “Would we ever see our ex presidents and ex heads of security, those NSA bosses who only succeeded in enabling and masterminding the creation of all forms of terrorist groups and ethnic militia in our country, walking by? They know better. And even if they did walk by, will we be as exceptional as these US students who risk getting beat-down and arrested to challenge and reject those who they see as monsters?”

Perhaps you have read about the CUNY (City University of New York) student and faculty protests against US ex-General David Petraeus teaching a course on public policy at a CUNY campus. Last week and on Monday the 17th, students came out to denounce the ex-General teaching at their school. In recorded videos, the students booed this top level US General and boss of the CIA who has been at the head of various US missions, agencies and wars. They chanted, “Petraeus out of CUNY,” and called him a “war monger,” among other names.

In the entire sequence of events, I was thrilled at the exceptionalism the US has portrayed and saw the need to relay the many features of and leading up to this event to my fellow ‘developing’ world countrymen. In this regard, I have to disagree with Russia’s president, Vladmir Putin, who said US is not exceptional. I believe it is without a doubt, and there are many things that must be picked up from the great country, most especially by nations like ours who attempt to copy for instance, their presidential democratic system, without first realizing the uniqueness of the people who are able to utilize it.

Firstly, it is without doubt amazing to appreciate that ex-Generals are recruited to teach in US universities. This ultimate recycling of not only knowledge, but also real experience—by the employment of retired generals, presidents and other government officials, to teach students—is not just important, but essential toward building dependable character and reinforcing and perfecting the ability for patriotic nation building. But to apply this to Nigeria for instance, first we would have to have government officials who actually know something about what they do or did. I am not sure we have many of these.

Secondly, the General is to be paid $150,000-200,000 for teaching this course. I wonder, when I compare to my country, if our ex-government officials will ever be enticed by such offer to prepare, teach and grade classes for college students. Nigerian top officials are known to be some of the most highly paid in the world. A Nigerian senator earns 240 million naira (about 1.7 million US dollars) in salaries and allowances, for literally doing nothing—passing no laws and solving no crises. We are pretty far from ever realizing and reaping such valuable educational potential.

Next, I noticed a staunch opposition to the ex-General’s appointment as regards compensation. Groups contested his income and the CUNY administration was forced to revise his reimbursement in July and reduce it to just $1. Now even at $150,000 for a decorated ex-General and CIA boss, who will actually teach a class to ‘mere’ students? In Nigeria, students are worthless. The college teachers have been on strike for a couple of months, demanding better wages, and the government has been more interested in securing or rather, fighting over their political future. When you compare the salary scales in America and Nigeria, you ultimately see why education is of no importance in one, while it is of most importance in the other. The salaries of teachers and government officials are virtually reversed from Africa to the US. Teachers in America make more than government officials. So a retired government official is tempted and almost always ends up in colleges teaching, while in Nigeria, reimbursement for teaching is so pathetic, teachers—like the current president—prefer to abandon their schools and get into bountiful politics.

This brings us to the reason (given) why Petraeus was even sacked or why he claimed he retired. For having an affair! The mordancy of it. Officials in America get fired or impeached for having affairs! Simply exceptional! 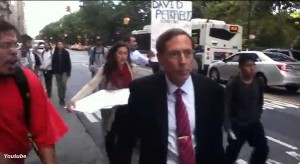 In the protests, I was even more amazed. Ex-General David Petraeus, who has been heckled and booed at his every appearance, was the US chief of Intelligence, for God sake. A decorated army official; like his policies or detest them, he was at the helm of US affairs, seeking victory for the US, albeit, to the detriment of other nations. You might expect people in Iraq or Libya, families of the dead, who were at the sharp edge of his sword, to protest against him, but American students? The passion of the protesters, some of whom, 6 to be precise got thrown to the ground yesterday, according to reports and arrested, cannot be ignored. They were pissed! They hated the ex-General. They hated his policies; they rejected his military campaigns and conquests in the various countries around the world. They almost made the poor man walk into oncoming traffic! In Nigeria, we have leaders who are 10 times as vicious as he was, not to outsiders, but to Nigerians, and there are no protests when these political cabals walk by.

And that is another point. The ex-General actually walked. You could see him with his teaching bag, walking on New York streets. I am talking about the ex director of the CIA for heavens-sake. That CIA we watch in movies. Yes, he walked, on and on, with no security detail. He possibly took the public train to work. In Nigeria, the big wigs never walk, they never carry their bags, and they never take public transport. They have a driver and an oddly to do that for them. They are too high and mighty to even drive themselves. Would we ever see our ex presidents and ex heads of security, those NSA bosses who only succeeded in enabling and masterminding the creation of all forms of terrorist groups and ethnic militia in our country, walking by? They know better. And even if they did walk by, will we be as exceptional as these US students who risk getting beat-down and arrested to challenge and reject those who they see as monsters?

We have a long way to go, but I believe in baby steps. At least, take a step. 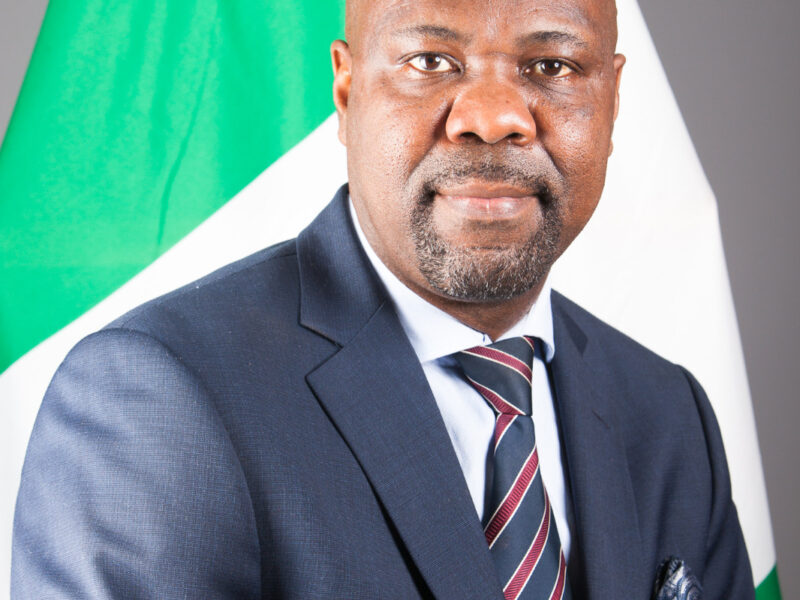