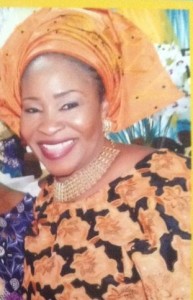 It is no secret in Germany that since the departure of the People´s Ambassador, Abdul Bin Rimdap, the relationship between Nigerians in Germany and the Embassy of Nigeria in Germany have hit rock bottom. The father – children relationship and the open door policy operated by Ambassador Rimdap have probably set a standard that might be difficult equal in years to come. As a matter of fact, it is generally known that ´´ the fear of Nigerian Embassy is the beginning of wisdom for most Nigerians especially if  you  have consular issues with them.

All that changed as a result of Mrs. Sadat Hassan´s wise leadership, giving official consular services and position a human heart.  For this, she got a special recognition by the Nigerians in Diaspora Organization in Germany (NIDO) during the 2013 NIDO Business summit in Dortmund. Most importantly, Mrs. Hassan has upgraded the Consular waiting rooms separating the Visa section and the Passport section, thereby giving Nigerians the privacy  from the general public who came to seek  for visas. She went further to equip both rooms with Televisions and reading material to keep visitors informed and occupied while waiting to be attended to. Out of the limited space at the Embassy , she was able to creat children section where babies and children could play during the waiting period. Furthermore, she introduced a policy of accelerated services for families with children at the consular department.

Full report on “The Silent AMAZON of the Nigerian Embassy Berlin” and the Head of Administartion in the print edition of African Heritage 100 Most influential Africans in Germany´s Edition.