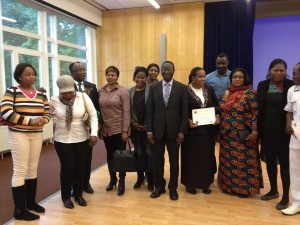 Yes, there are already members of the Bundestag (Germany’s federal parliament) who are of Iranian, Croatian and Turkish origin. Even the leader of the governing coalition party, the FDP, and deputy chancellor, Philip Rössler, was born in Vietnam. Nevertheless the candidacy of Karamba Diaby (aged 51) for the Bundestag in the 22 September general election is a novelty. If he wins, the Senegalese-born member of the centre-right Social Democratic Party (Sozialdemokratische Partei Deutschlands or SPD) would be Germany’s first federal parliamentarian of African origin.
The fact that Diaby has been given the third slot in the party’s list of candidates for Sachsen Anhalt, one of Germany’s 16 states, means he has a very solid chance of winning. No wonder he is nowadays inundated with interview requests from journalists not only from Germany but also from other European countries and from as far as the United States. 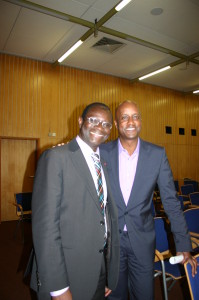 The history-making nature of Diaby’s candidacy is not lost on the observers of German politics and the changes that it is undergoing. A point the African, who is contesting to represent Halle, the eastern city of 230,000 people, repeatedly made during an exclusive interview with The African Courier. “My candidacy, especially my nomination by the SPD, shows that an opening has taken place in this country,” he said.

Diaby, who was physically attacked by two neo-Nazi thugs in July 1991 at the height of the wave of racist violence in eastern Germany following the fall of the Berlin Wall, believes that the society has come a long way from those days when the region was reeling from social conflict caused by the dislocation associated with the reunification of the east and west.

Despite the sensationalism of his candidacy, Diaby, who became a German citizen in 1991, is not a newcomer to politics as he has been actively participating in communal affairs for nearly two decades. The Marsassoum, Senegal-born politician came to Germany on a scholarship in 1985. After a one-year language course at the University of Leipzig, Diaby moved to the Martin-Luther-University Halle-Wittenberg, where he studied chemistry, bagging an MSc in 1991 and a PhD five years later. 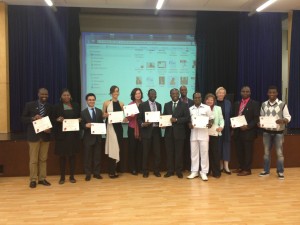 In 1996, he joined the Eine-Welt-Haus (One World House) as project co-ordinator, a position he held until 2001 when he moved to the DAA (Deutsche Angestellten-Akademie) Halle, an adult continuous education centre, where he was responsible for intercultural education and training. By 2002, his contributions to the integration of foreign-born residents in Halle had been recognised nationally as he was received that year by the then President Johannes Rau in Berlin.

From 2005 until 2008, Diaby was the co-ordinator for migration and integration in a youth workshop in Halle. He joined the SPD in 2008 and a year later was elected councillor in the city, where he works on education, youth and social affairs, environment and ecology. From 2009 to 2011, Diaby was the chairman of the Federal Immigration Council (Bundeszuwanderungs- und Integrationsrat) – the umbrella organisation of more than 400 Foreigners’ Advisory Councils (Ausländerbeiräte), representing more than 4.5 million immigrants in Germany. Since 2011, he has been a full-time adviser for integration in the Ministry for Labour and Social Affairs of Sachsen Anhalt.

In addition to his work for immigrants, Diaby advocates for young people without school-leaving certificates or those who have problems learning a trade, elderly workers or long-term unemployed, pensioners afflicted with old age poverty and marginally employed men and women.
The motivation for the political work of Diaby, whose motto is Vielfalt schafft Werte (diversity creates values), is his conviction that solidarity in society can be sustainably secured only if value is drawn from the potential of the different social groups. 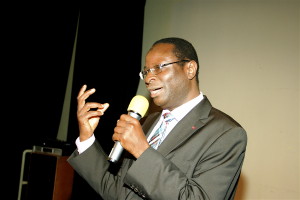 Diaby is especially passionate about education. He believes that when a child is given education, its way in life is paved. His passion arose from his past. He lost his mother at the age of 3 and his father four years later. Diaby’s elder sister assumed the role of parent and brought him up, instilling in him at a very early age the conviction that education was the only means he could use to overcome his childhood misfortune.

Frank-Walter Steinmeier, leader of the parliamentary group of the SPD in the Bundestag, is proud of Diaby’s candidacy. For the social democrats, it is a sign of the openness of their party for citizens with a migration background. Steinmeier described the African as “a very likeable guy who approaches people with openness and excitement”.

Diaby is married to Ute, a German agriculturist, and they have two children – a son and a daughter. In fact, the couple married on 22 September 1995, and Diaby has a date with history on 22 September 2013. What a coincidence!