A non-governmental organization, Truth, Peace and Development Network Initiative has listed His Excellency, Owelle Rochas Okorocha, Prophet T.B. Joshua and Pastor Tunde Bakare for honours as icons in recognition of their contributions towards upholding truth, peace and development for humanity in the year 2012.

According to a statement issued by the organization, governor Okorocha will receive the honours as an Icon of development, Prophet T.B. Joshua as an Icon of peace and Pastor Tunde Bakare as an Icon of truth.

The statement notes that a major challenge facing the world today is that men do not upholds truth anymore, and the consequence is distortion of peace and ultimately lack of development. In the same vein, it stated that the world could attain its goals and visions if they are founded on truth and are pursued truthfully. 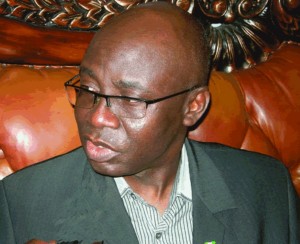 Truth, Peace and Development network Initiative commended the honoraries for their outstanding positions and contributions on issues that boarder on truth, peace and development, especially in the out gone year, noting that the impact of their respective position and performance in the different areas at different times distinguished them as icons and are therefore most deserving of the honours being conferred on them.

Accordingly, the honours are being conferred on them to encourage them to continue on the commendable path they are threading on, and also galvanise others to emulate these icons in order that truth, peace and development may dominate the world.

Luncheon with Obasanjo at Humboldt...