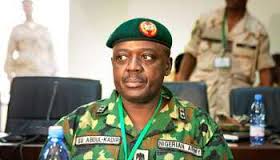 U.U. Shehu a journalist on Security and International Politics,  spook to Major General Shehu Usman Abdulkadir, The head ECOWAS-Mission in Mali (AFISMA) in his first media interview after his appointment to head the mission, the General answered many questions on the operational challenges and working relation between the French troops and West African Intervention troops, as part of join combatants in the desert West African country.

Shehu: What are you doing to prepare for this intervention in Mali?

Gen, Abdulkadir: I want to assure you that preparations are in top gear and the countries that pledged to contribute troops to the MISMA have started doing so. As of yesterday, some contingents from Togo and Nigeria arrived. Today I am expecting another contingent from Nigeria. The contingents are not only coming with their rifles, they are also coming with some logistic support.

What are the main challenges that you will be facing?

Gen, Abdulkadir: The biggest challenge that will confront us is essentially that of logistics. Because no matter how trained a soldier is, if he does not have the equipment to work with, the training will not be useful. If you can have the logistics support in place I think it would go a long way to accomplish our mission within a short time.

You talk about logistic. What have you gotten so far in this intervention?

Gen, Abdulkadir: They have been pledged by the contributing countries and other organizations, including the UN. But most pledges, I believe, will come in soon and the earlier we get them, the better for us. They should merge word with action.

How do you think ECOWAS and the troops from France will work side by side? 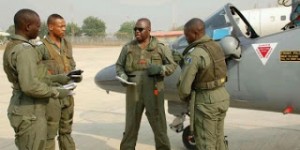 Gen, Abdulkadir: I want to assure you as the force commander, for the few days that I have been here, there has been a lot of cooperation between MISMA and the French troops. There has been a lot of cooperation and I am sure that is going to be continued, because the important thing is that we have a common mission to free northern Mali and that is their mission, too. So we don’t have any other or we don’t have different purposes for being in Mali and that we have understood right from the beginning. I believe that is the beginning of success.

What about the Malian army, because right now Mali is just a few months after a coup d’etat and the lack of unity within the Malian army being headed by a captain, what do you say to that?

Gen, Abdulkadir: I don’t think, that is a problem actually, because from the cooperation that we have been receiving from the Malian armed forces and the successes we have achieved base on the French intervention at least is gladdening. I would not say that the entire armed forces of Mali have dissipated. Yes, I agree the strength has been reduced but at least with successes we have achieved, I would say they are doing very well.

At the beginning the army were reluctant and they even said they will not allow any foreign military intervention in Mali. Why do you think they have changed their mind?

Gen, Abdulkadir: As you know, the world is a global village. Nobody goes it alone and they realized the need for assistance from their brothers and that is what they have asked for and they are getting. So I really do not want to delve into that, that is a thing of the past. We are looking for a way forward and I believe that we are on the right track

Gen, Abdulkadir: I want to believe this very strongly that at the governmental level that issue is already being addressed. I don’t think the neighbouring countries are comfortable, not only the neighbouring countries. No country is comfortable with the happenings in the last one week up until yesterday in Algeria. I believe one of the strongest measures that will be taken will be to tighten border security and if that is done, that will help us a long way in curbing the menace that is confronting not only Africa but the world in general.

France has said intervention is just for a short time. Do you think that the ECOWAS military will hold security in Mali if the French were to withdraw?

Gen, Abdulkadir: What is the definition of a short time? We have a mission here and we don’t know how long it will take to accomplish the mission. I want to tell you emphatically that the cooperation between the French troops and AFISMA that I have seen and the cooperation between AFISMA and the Malian armed forces. So you can see that a synergy has already developed at the beginning of the basis between the French, AFISMA and the Malian armed forces. So I don’t exercise any fear at all, I have no fear at all.

Major General Shehu Usman Abdulkadir, formerly Nigerin´s   chief of army standards and evaluation  is the head of ECOWAS-Mission in Mali (AFISMA) with close to 5,000 troops.

Let us work using our talents and...