Echoes of the 100 Most Influential Africans in Germany: Susan Enjema Aweh – Dr. SEA

Echoes of the 100 Most Influential Africans in Germany: Susan Enjema Aweh – Dr. SEA 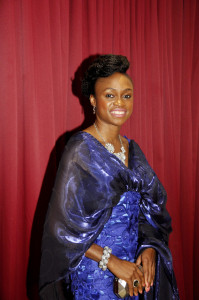 Susan Enjema Aweh alias Dr. SEA is medical doctor of Cameroonian origin practicing internal medicine in Germany. However, her feet are firmly planted in both countries via various projects that promote and encourage Africans and Africa.

While in medical school, she was very socially and culturally engaged in her community. Through her efforts a good number of students travelled to do their internships in Cameroon among others. 2007 she was awarded the DAAD Prize of Excellence for academics and socio-political

engagement. 2013 she was granted an Award by CAMFOMEDICS for being part of a team of doctors who launched a Continues Medical Education Academy “iMED” in September 2012 for

Since 2005 she has regularly given back to the Cameroonian health care system through voluntary work in hospitals and seminars in Cameroon. As a facilitator within the African community in Germany, she has been very functional in the organization of various Empowerment and Economic Forums geared towards giving a perspective and improving the standard and quality of life of the African community in Germany. A few to be mentioned are:

She is often invited to give talks at events as an inspirational speaker and role model to other immigrant women. Most recently by AfricanTide Union e.V. (a non-profit charity organization, founded in 2010 to support the integration of migrants) and by Sozialdienst katholische Frauen Essen-Mitte.

Her most recent project “A Sister in Germany” www.doctorsea.blogspot.com is a blog which puts a limelight on successful people of African descend in Germany, using their stories to inspire others.