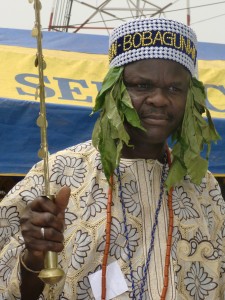 Born in Erin-Ile, western part of Nigeria, chief Muritala has been living in Germany since 1988. Worried by the immigrates social cultural exclusion from the daily activities in the city of Bremen, he together with Christians and Muslims immigrants from Angola, Ghana, Kenya, Nigeria, Sierra Leone, Togo and the Rep. de Congo a Cultural Organization founded in 2004 the Pan-Afrikanische Kulturverein in Bremen.

The main purpose of the organization is integration and international co-existence among the citizens of Bremen. The Pan-African Cultural Organization also focused on intercultural encounter amongst African women. The overall goal however is reducing prejudice and the fight against discrimination and racism in Bremen. 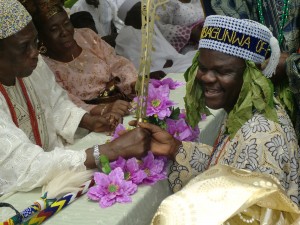 In 2003 however, Chief Muritala Awolola organized the first African Football Cup in the city of Bremen. According to Chief Awolola “The African Football Cup includes not only an integrative component, but also a component against violence, through the use of a directed physical degradation of aggression and educates about fairness, self-discipline and responsibility. The football competition is also to promote the development of a positive attitude and value system of tolerance, solidarity, non-violence, respect and responsibility”.

The African Football Cup is also aimed at participants to win a competition in a fair way, to discover their own strengths and resources, and to be part of a team that creates personal strength and balance which helps to resolve conflicts without violence and to encourage sportsmanship and sporting rules in social structures which is essential for human coexistence. And in the views of Chief Muritala Awolola, this aspect has not been fully explored prior to the football initiative.

The sport event is also an intercultural encounter between Africans from different backgrounds, Germans and people of other nationalities and religions. Africans living in and around the city of Bremen and North Germany have the opportunity to present themselves positively in public, to show a side of their skills not usually seen. By the event itself, the interest of the visitors and the media is put at maximum.

The African Football Cup is always played on six Sundays during the summer holidays, which means for the volunteers and organizers a high degree of personal commitment, time and effort in addition to their main job. This event is unique in Germany, and has received wide media coverage and many awards from many organizations including the Deutscher Fußballverband (DFB). 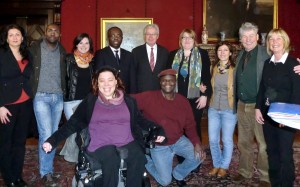 Since 5 years during the “African Football Cup” just a day before the final, the Pan-Afrikanische Kulturverein organizes game festival for children and youth has become one of  the highlights of the festival. The competition presents 8 teams at the age of 11 to 15 years. All participating children and youths were usually honored with medals and the winning team gets additionally tickets to watch a match at Werder Bremen stadium. According to Chief Muritala Awolola, “We want to enable our multicultural sport and play peacefully encounters with other Afro-German, German and other foreign children groups and brings them together. Children, who played no football, should also not be neglected. For them there are always a bounce house to run around, face painting, balloon modeling of animals, an interactive clown, a magician and other things”. 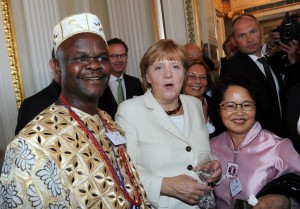 Chief Muritala Awolola is also involved in many other activities like supporting integration program of the Bundesamt für Migration und Flüchtlinge, organization of “Street Soccer” for the youth on the FIFA WM Tour and “Bremer Aktionsbündnis Milleniumsziele“from United Nation. The Pan-Afrikanischer Kulturverein also took part in “Deutschen Evangelischen Kirchentag“ in Bremen, Photo exhibition „Impressionen aus Westafrika“ and African school Camp am Schluchsee” for  children who have African parents.

Chief Muritala Awolola is today a house hold name not only in Bremen and in sporting arena but in German politics too, being an active member of Sozialdemokratische Partei Deutschland (SPD) and was one of the delegates from Bremen to the “Tag der Deutschen Einheit” (German unification day) in Munich where he amongst others were the guest of Bundespräsident Joachim Gauck and Bundeskazlerin Dr. Angela Merkel. For his activities he has also received many awards including “Aktiv für Demokratie und Toleranz”and also “Sportlich aktiv” from the Sparkasse . It’s not only in Germany that Chief Awolola is also active but  in his country Nigeria too where he founded Moje football youth team at Erin-Ile, Kwara State and in 2010 Moje Queen Football club.  Chief Awolola is happy that the football clubs are making progress. In chief´s words “my message to all the youth is to face Education and respect to other”