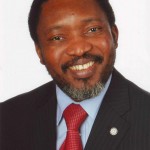 Recipient of “Men of Achievement Award” 2007

Chief Dr. Uche Iro, MD/CEO of PhysioCentre and FitGym Healthcare GmbH, Stuttgart, was  one of the recipients of the “Men of Achievement Award”  for the year 2007, which took place at the Sheraton Hotel in Lagos on November 29, 2007. The Nigerian born businessman, entrepreneur and philanthropist, who holds an MBA and PhD in economics, was accorded the honour in recognition of his business achievements and humanitarian accomplishments.

Chief Iro’s influence as an entrepreneur and philanthropist extends beyond the boundaries of Germany. He is also the CEO of Strivad Ventures Nigeria Ltd., as well as owning interests in a couple of companies in Nigeria. His love for humanity is remarkable, which he recently displayed by commissioning a water project in his hometown in Eziudo, in Mbaise Local Government area; a commendable achievement, which has tremendously and positively affected the standard of living of his people. In addition to this, Chief Iro runs a foundation known as “CDUIF”, which offers scholarship facilities to six students up to university level every year. The foundation also grants financial loans to young entrepreneurs who wish to start their own businesses.

Chief Iro has equally been active in Germany, his foreign constituency. He is the current vice president of the German chapter of the People’s Redemption Party in Nigeria (PDP), and he is also nominated on the advisory board to a couple of well recognised African organizations including Ncnews (Nigerian Compact), a monthly newspaper based in Germany, which is to give a comprehensive coverage of the activities of Nigerians both at home and abroad, especially in Germany and the rest of Europe. The newspaper was originally scheduled to hit the streets in the first quarter of 2009.

On behalf of the management and staff of HiBC, publishers of the African Heritage magazine and NC-News, we wish to congratulate Chief Dr. Uche Iro on his well deserved Man of Achievement Award.