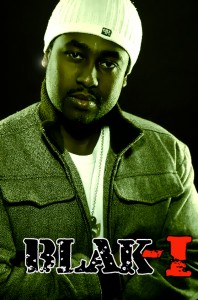 Originality in creativity is my aim

Music for me is one of the most essential factors of happiness. Its a therapy in difficult times to maintain a balanced mind. Song writing is an opportunity to share my thoughts and also entertain at the same time. Being a musician gives me the ability and the possibility to give back what I have been enjoying from childhood from the older artists.

My early musical experience is diversely influenced from different cultural directions, which gave me the opportunity to understand and see beyond one genre. Being born and bred in Nigeria and also having the opportunity to experience different continents and cultures expands my creative dimension and it also inspires me with musical ideology worth sharing with my fans.

My debut album (UNLEASHED) is a package that must be unpacked. Unleashed is an opening up of my musical state of mind which took a while to develop.

Blak-i birthname (Francis .C.Umeji) song writer, singer producer and D.J. Started up as a song writer, in the early 90’s still in college.  My first E.P (stay real) was released 2001 in Germany and was a big success in the underground hip-hop scene.  I have also been featured in L.Ps like northside connection M.V soundtrack and more. My debut album (UNLEASHED) is an opportunity for me to introduce myself in the mainstream especially in fatherland Nigeria and Africa as a whole. My album compilation is a genuine contrast of Afro western and carribbean rhythm in an urban style.

Party hits like (Koloparty) and rap tracks like (Egwusibe ike) coupled with (Prayer for Nigeria) and (Who knows tomorrow) to give you food for thought.

My debut album is a musical expression and it has the ups and downs which fills it with real life energy. UNLEASHED is an album that reflects love, pain, happiness, Party and also some very conswcious lyrics. At the moment I also engage myself with some charity works to support the less opportuned.

My album is being produced by Lars Kreitel A.k.a Fast.B and Blak-i myself. Once you go Blak you never go back.

BLAK-i (UNLEASHED) experience Afro Hip-Hop like you never did before.