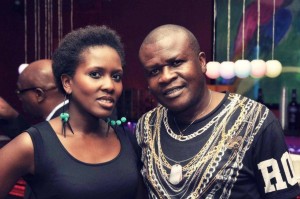 Jen Martens & Tony Air both presenters (AFRIKA OUTLOOK TV & WHATS UP NAIJA on FM) with Love Newkirk and Johanna von Sachsen will take you in 2014 beyond your imagination, bringing to your airwaves interviews, insightful stories, African success stories for your delightful information and entertainment.

The missing media coverage for example of positive contributions in different areas of development in Europe and in Germany by African migrants and some African prominence (success stories) leave young African generations with no role model except the confirmation of old existing clichés and prejudice about Africans which continue to future in most German /European media. With Jen Martens & Tony Air, we will follow our 10 years of philosophy rooted in authentic, inspiring stories and information of people in the news, society events, international discussions deep in the African affairs and showcases African achievements in business, politics, culture and social organization while still celebrating our heritage together.

For this media model we hope to continue both our corporate and individual strides in presenting African and friends of African success stories in Germany and Europe.

On behalf of the management and staff of African Heritage Media Network Germany, I am thanking you and your organization for being part of the success stories and we are very optimistic that 2014 will be the beginning of another new chapter in Media coverage for Africans and friends of Africans in Germany and Europe.

We are calling on you our esteemed TV viewers and Radio audience to send us suggestions and information about African prominence (success stories) that should be making the airwaves in 2014 and beyound.

CONGRATULATION TO THE NEW EXECUTIV...