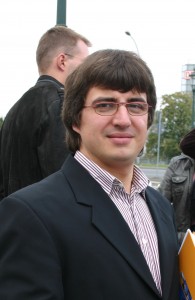 Hamburg, October 11, 2011: the 9th Master of Peace and Security Studies academic year students got their degrees. Graduates, MPS students, lecturers and professors attended the grandiose festivity at the University Hall. Prof. Dr. Götz Neuneck, the Deputy Director of the Institute for Peace Research and Security Policy handed over the certificates.

After I had thus secured one part of my little living Stock, I went about the whole Island, searching for another private Place, to make such another Deposit; when wondering more to the West Point of the Island, than I had ever gone yet, and looking out to see, I thought I saw a Boat upon the Sea, at a great Distance; I had found a Prospective Glass, or two, in one of the Seamen’s Chests, which I saved out of our Ship; but I had it not about me, and this was so remote, that I could not tell what to make of it; though I looked at it till my eyes were not able to hold to look any longer; whether it was a Boat, or not, I do not know; but as I descended from the Hill, I could see no more of it, so I gave it over; only I resolved to go no more out without a Prospective Glass in my Pocket.[1]

The fascinating passage above is an extract from Daniel Defoe’s world famous book Robinson Crusoe. It reveals a situation when Robinson was in a lonely remote Island, he was agonistically searching for human contact. The writer proves to be highly skilled in detailed description of the Robinson’s feelings. Probably, very fortunately for us, this piece of writing is not more than a piece of fiction. In reality, things come to be radically different in everyday life. In the age of mass migration and globalization, people, thanks God, are neither separated one from another, nor isolated. Moreover, the human creatures are dependent on one another at different levels of the society. Unfortunately, relationships between people do not always suggest interdependence, reciprocal help, harmony, peace, affection, and love. In the twentieth century in particular, the international community has seen massive war, economic, political, religious, and ethnic refugee crises. History of Europe, Asia, Africa, and America has registered increasing number of natural disasters and economic collapses, numerous devastating wars and the rise of fascism, anti-Semitism, communism, nationalism, and racism; this century gave birth to interlinked international terroristic networks. 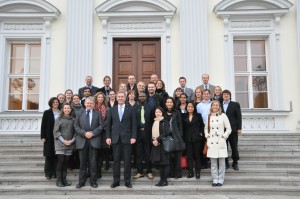 The 20th century faced development of interlinked international terroristic networks. The notion of terrorism as such, was not newly invented but it existed earlier history. What was new about this, is a new dimension of terroristic acts. 9/11, the day on which the Twin Towers of the World Trade Centre in New York collapsed, almost 3000 people lost their lives. This changed the picture of the world, changed the security policies of the world, changed the mentalities of political leaders in the world, that day changed the world in general. Today we are in 2011, 10 years have passed since 9/11. This awakens many speculations over how secure the world is today and how secure it will be in likewise 10 years to come?

Terrorism and natural calamities are not the only reasons for insecurity perceptions. In the Cold War, the two nuclear superpowers, the Soviet Union and the United States of America, produced enormous amounts of nuclear materials and a great number of nuclear weapons as well as delivery systems. Tens of thousands missiles were built, which were loaded with warheads, could and still can reach and destroy every point on the globe. In the years thereafter, some other European and Asian states acquainted nuclear weapons. Along to the nuclear weapons and other weapons of mass destruction: chemical, biological, high-performance conventional arms and high precision defence systems were developed. 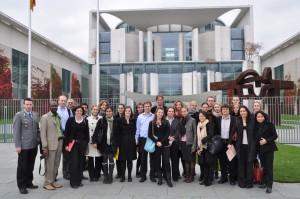 The outcome of a disaster, or any disaster produced by use of weapons of mass destruction, cannot be under-graded to a regional effect. “The degree of a possible natural disaster has reached today a different level, whereby it does not go about disappearance of a species of animals or plants. Moreover, the entire world as a living place of the human being is menaced. This reaches the dimension of the right for life of the future generations”.[2] Thus, the international society and national Governments in the normal performance of their operations cope with a future about which nothing certainly can be discerned, but only what is more or less probable or improbable. This is the kern issue of a risk as a constant condition. These considerations induce to pose the question of whether there can be situations where the society can choose between ‘risk’ and ‘security’, between ‘risky’ and ‘safe’ alternatives.[3] Passive observation would not be enough. Silence did not save anyone from the perception of risk. The states have to take measures to control the risk the international society is exposed to. The human rights address in the first place the states, which are seen as guarantee of the human rights.[4] 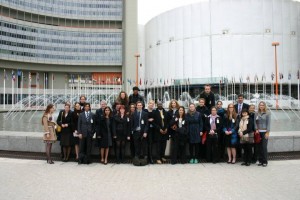 All these global peace and security issues, in fact correlating one with another: from global terrorism to radical nationalism, to violence, to crimes against humanity; from national interests to strategic military doctrines; from risks in front of use of weapons of mass destruction to demobilization and arms control negotiations and agreements; from responsibility to protect to establishment of order; from the risks related to natural disasters, lack of natural resources, global environmental pollution to humanitarian aid – represent an encompassing spectrum of peace- and security related issues studied in the rooms of IFSH – the Institute for Peace Research and Security Policy. Designed to touch upon these issues, the Institute for Peace Research and Security Policy, which was established as a civil-law foundation in 1971, is a research institution at the University of Hamburg. 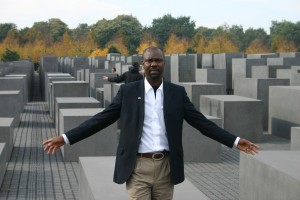 In autumn 2002 the international postgraduate degree course “Master of Peace and Security Studies” was established. Since then students of different professional qualifications, of different visions and approaches, of different backgrounds, from different countries (along to Germany, Switzerland, Japan, the Republic of Moldova, Portugal, Nigeria and others) came together united by one single objective: to deal with peace and security issues. The MPS research and contribution includes problem identification, problem definition, exhaustive analysis, explanation of reasons provoking crisis, political prognosis, risk appreciation, and first of all, suggestions for global peace regulations, as well as suggestions for peace solutions and sustainable military cooperation.

“The Master of Peace and Security at the IFSH consider being highly fruitful and important for my future research activities and career” – said one of the MPS graduates.

Many sincere thanks have been addressed to the teachers and professors. All graduated students have benefited from the experience in this field, and also expressing their best thanks and best wishes to all who have contributed to the success it. Their contribution is not limited to understanding of how an academic research institute works or how the research activities are organized. Students have learned much more so as to understanding the essence of conflict and peace, referring not only to national or regional peace, but also to global peace and security.

Global peace policy cannot be coordinated at national levels any more. Integration processes taking place throughout the world become ever more intensive. The world is like a sea. It is very much alike: the water splashes if a stone is thrown into it. One wave moves another one, another one the next one, and so makes the see restless, unquiet and troubling. This way, the peace- and security politics as well as military security become international and global issues. Therefore, national, global peace, political and military security should become general goals of all national states. Unfortunately still partly involved are the Russian Federation, NATO, USA, CIS-member states, Arab States, or African States, China and other Asian States go too far on their own ways. Under these conditions, global military security will not be easy to achieve. Despite this fact, the message of MPS 2011 academic year at the IFSH is: nevertheless, towards this goal is worth aspiring, this goal is worth striving for the sake of political stability, for the sake of demobilization of weapons of mass destruction, for the sake of security, for the sake of peace and freedom in Europe, Africa, in America, as well as on the entire globe.