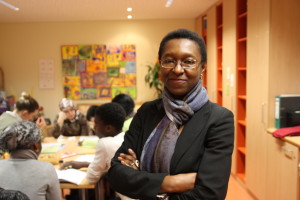 Africa Positive, founded in 1998 by Cameroon-born computer scientist Veye Tatah, has developed into a well reputed institution across Germany and the German speaking parts of Europe. Originally, Africa Positive focused on changing the image of Africa in the media by publishing a German language magazine. Today, in addition to the magazine, Africa Positive organizes educational programs and social engagement for the African community in the Dortmund region, for children, adolescents and adults. Africa Positive has gained exceptional recognition across Germany.

For many years, the organization has been rendering exemplary work within the field of integration and education on a purely voluntary basis. Africa Positive has become a helpline and contact center for African migrants in Dortmund and provides support in the daily life and the process of integrating into the German society. In addition, Africa Positive, through its public relations work and media profile, renders an important contribution in the reduction of everyday racism and prejudice in our society.

Even 15 years after its formation, the objectives of Africa Positive are still as topical and important as ever before. Africa Positive celebrates its anniversary by organising an interdisciplinary expert conference on the prevailing media coverage on Africa. From political, cultural, social and economic perspectives, the representation, the impact and the reality of the predominant view on Africa will be discussed.

Media representatives, academics, educational institutions, personae from politics and economics, organizations from the African diaspora as well as from the civil society are invited to debate questions like:

The results of the discussions will be used to accomplish a better understanding and a more balanced coverage on the continent Africa and its people in a European society.

The conference is organized in cooperation with the Erich-Brost-Institute for International Journalism at TU Dortmund University and the Institute for Communication Science of the University of Bamberg.

Celebrating its 15th anniversary, Africa Positive invites friends of the organisation, important personalities of public life, companies and citizens supporting the basic idea of Africa Positive to a Gala and Charity Event in the Dortmund Town Hall (Rathaus) on June 20th, 2013.

The Gala and Charity Event feature a colourful and varied program with live music, African specialties and the chance to network and meet each other in a relaxing atmosphere among friends.

In order to be able to extend the success story of Africa Positive, the work of the organization is dependent on the support of the citizens and companies of the region. The African Diaspora families usually cannot afford to pay for the extra education needed by their children or for programs empowering their mothers, respectively. Therefore, the admission fees of the Gala and Charity Event will go directly into continuing the educational and social projects for the kids, adolescents and needy adults.

Highlight of the event will be an auction of a Brussels Airlines flight tickets from Germany to an African destination of choice.

Further details about the program at www.africa-positive.de